SALISBURY — A Salisbury man faces drug charges after going to the police department to retrieve a stolen cellphone.

Salisbury police charged Antonio Devon Henderson, 39, of North Jackson Street, was charged with felony possession of a controlled substance schedule I and possession of drug paraphernalia. 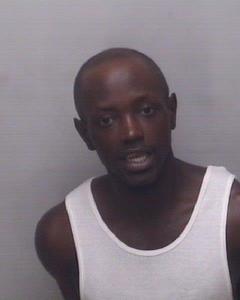 He arrived at the police department on Wednesday just before 5 p.m. His phone was inside a vehicle, which was stolen. Police checked and found there were active warrants on Henderson for possession of a firearm by a felon and carrying a concealed weapon.

They searched him and allegedly found several packets of aluminum foil with a substance believed to be heroin and a glass smoking pipe with residue inside it as well as plastic straws.

He was issued a $5,000 secured bond and remains in the Rowan County Jail.