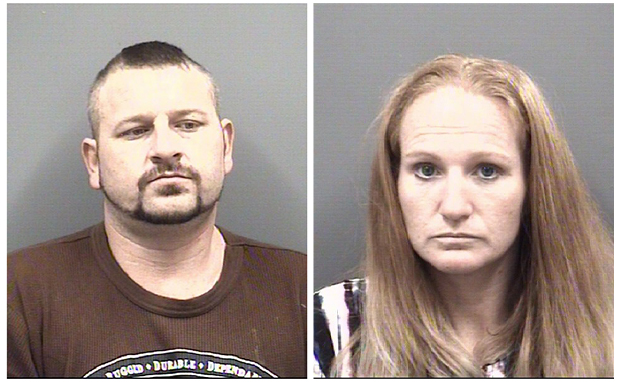 SALISBURY — A Salisbury man and woman are accused of stealing a utility trailer, with one also found with items stolen from various local and statewide retailers.

The law enforcement agency on July 2 began investigating the theft of a utility trailer that was stolen from a residence on Clyde Poole Road. The trailer was located on Courtney Lane and returned to the owner.

Smith was located in a vehicle near Sides and Upper Palmer roads.  The sheriff’s office said she was found to be in possession of methamphetamine and several items that had been stolen from retail stores throughout North Carolina.

Detectives were able to track the items to Lowe’s Home Improvement, Dick’s Sporting Goods, Academy Sports, Big Lots, Hobby Lobby, Loves Travel Stop, Walmart and Home Goods. The items stolen from these retail stores had a total value of $3,257.  The value of the recovered utility trailer is $3,000.