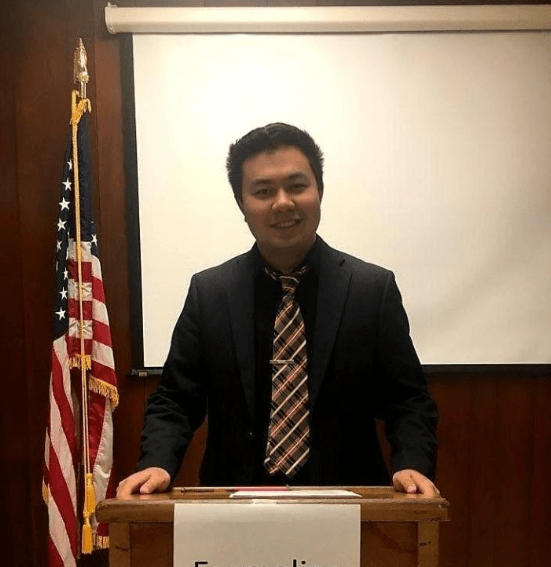 SALISBURY – Jonathan Barbee, 22, is challenging incumbent Alisha Byrd-Clark for the Salisbury Area seat on the Rowan-Salisbury Schools Board of Education.,

Barbee graduated from Catawba College this year. He is vice chair of Rowan County Young Republicans and vice president of education for People Growing Together Toastmasters Club. He graduated from the city’s Citizen’s Academy and is currently part of this year’s class of Leadership Rowan. He also serves on the Salisbury Tree Board and the Rowan County Historical Landmark Commission

His degree from Catawba is a bachelor’s in business administration, and he graduated from Salisbury High School, where he was the school’s Student Government Association vice president for the 2015-2016 school year.

Barbee currently works as a carpenter. He specializes in installing cabinets for laboratories and classrooms. Sometimes, he builds other surfaces like tables, and his work takes him all over the state.

Barbee said he was first told he should run for public office when he was 19, but he did not see that path for himself. Given the situation with the COVID-19 pandemic, Barbee said it is in his heart to serve. His focus is preventing the spread of COVID-19.

“We need to start caring a little bit more about the immune health of our students and our staff,” Barbee said.

Barbee said he does think the schools should return to all-virtual and there is no way schools could reopen fully right now either.

“We have a lot of competition from a lot of the other schools and especially home schooling,” Barbee said, adding some private schools will be reopening five days a week and he would like for the district to at least remain competitive with other options.

Barbee said he thinks the district is heading in the right direction. He was one of the first wave students to receive an issued device as part of the district’s 1:1 technology program. Barbee said he still likes to take notes with pencil and paper, but electronics are the way of the future and there is no turning back.

Barbee said he sees the race as a good opportunity to grow as a person. A few years ago, he became interested in city council, county commissioners and board of education meetings. He originally took an interest in the meetings for extra credit assignments, but eventually the local issues became more personal to him. He travels often for work, but he still keeps up with the meetings.

Barbee said expressed an interest in using renewal to bring back old programs and partner with companies to provide apprenticeships for students who want to take vocational career paths.

Barbee said he is against consolidation, believing there is still life in some of the district’s buildings. He also said, in his experience as a contractor, construction is slow right now because of the pandemic.

“Some places I’m working at are locked down really really hard,” Barbee said. “I can’t go everywhere I need to unless I have clearance.”

Barbee likes to garden in his free time and tries to keep up with a social life despite his busy schedule. He enjoys reading and gets his news from newspapers.