A symbol of hope: Wallace Cancer Institute opens this week for patients 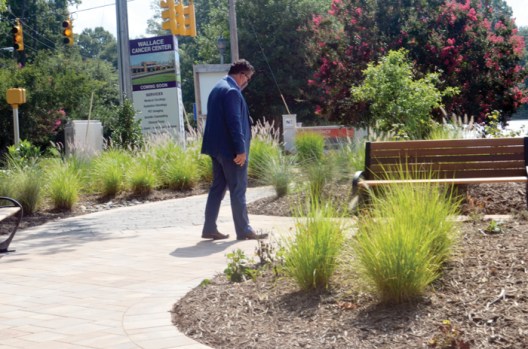 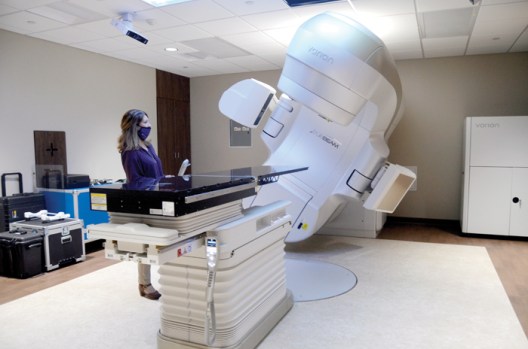 The TrueBeam is a technological tool that the Wallace Cancer Institute can use for external beam radiation treatments for patients with cancer. It delivers high-energy x-rays or electrons to the region of the patient's tumor. Incorporated into the room are calming images on the ceiling to put patients at ease while undergoing treatment. Rebecca Smith, manager of radiation oncology, shows how the machine works. Shavonne Potts/Salisbury Post 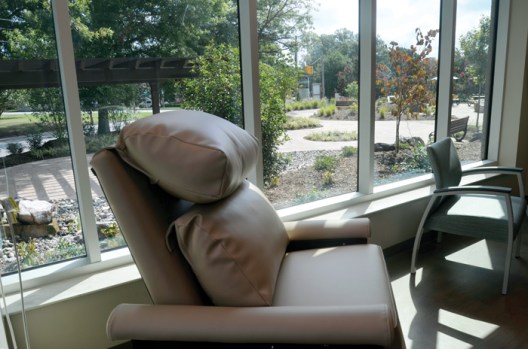 One of the fusion rooms within the Wallace Cancer Insititute overlooks the Hurley Wellness Garden. The insitute will officially open to receive its first patients on Wednesday. Shavonne Potts/Salisbury Post 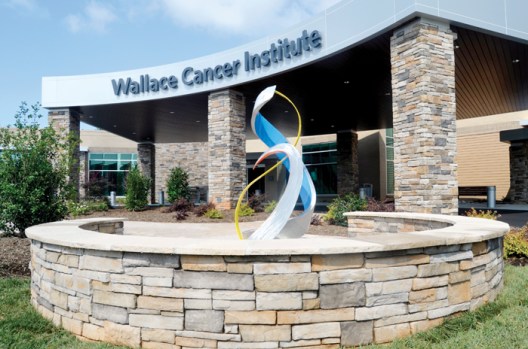 This sculpture in front of the Wallace Cancer Institute was created to honor the late Tippie Miller, who was a Novant Health Foundation supporter. She died of cancer in 2017 and was the inspiration for some of the features at the center. The sculpture, Rising Phoenix, includes yellow, which was Miller’s favorite color. Shavonne Potts/Salisbury Post 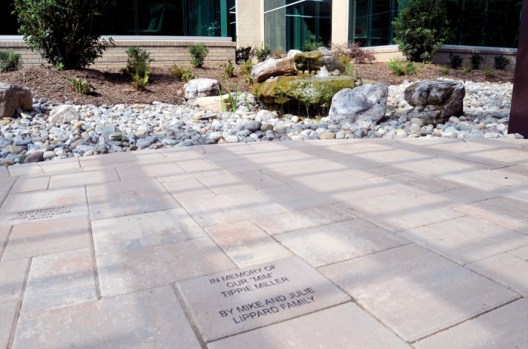 Memorial bricks are shown outside the Wallace Cancer Insitute’s Hurley Wellness Garden. The $24 million institute was made possible through donations not only from local philanthropists Mona Lisa Wallace and husband, Lee, but over 1300-plus community supporters. Tippie Miller, who was a Novant Health Foundation supporter died in 2017 of cancer and was the inspiration for some of the features of the center. Shavonne Potts/Salisbury Post 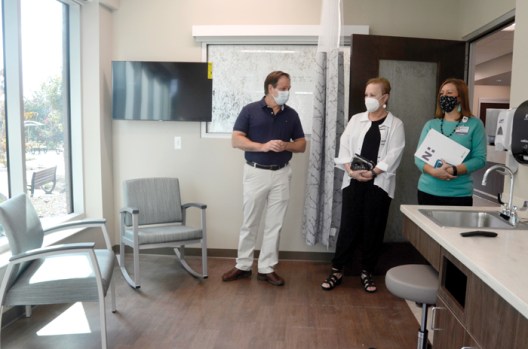 Dr. William Brinkley, a medical oncologist with Carolina Oncology Associates discusses the features of a fusion room at the new Wallace Cancer Institute, next to him is Vicki Rhyne, a breast cancer survivor, and Emily Shepard, a clinicial administrator for the institute. Shavonne Potts/Salisbury Post

SALISBURY — On Wednesday, the first scheduled patients will walk through the glass doors of the Wallace Cancer Institute and begin their journey through cancer treatment.

The institute, located at 631 Mocksville Ave., across the street from Novant Health Rowan Medical Center, is a state-of-the-art, multi-use building that will provide cancer treatment and supportive resources under one roof. The 32,000-square-foot building will combine Novant Health’s radiation oncology and medical oncology departments along with other services for single-destination treatment.

“I walked into the patient rooms and I was so emotional. Most of this battle is mental and physical. It was just so emotional for me,” Vicki Rhyne said on Saturday.

Rhyne, who is a breast cancer survivor, also heads up the Think Pink support group. She got a sneak peek at of center before it opened.

“Visually, it was so peaceful,” Rhyne said. “I noticed the windows. We were speechless. It was everything I could do to keep from bursting into tears.”

Some of the first features noticeable upon entering the center are the natural elements — the plants and rock water fountain within the Hurley Wellness Garden as well as the windows around the whole building giving light to patients as they sit inside infusion and treatment rooms.

Rhyne said details such as a comfortable chair while having treatments matter. She noted the soft lighting and soft-close doors entering the a radiation therapy room that houses the TrueBeam linear accelerator as well as the cabinets that store all of the supplies and other equipment. Undergoing cancer treatment is scary on its own, she said, but walking into a calming atmosphere and not having to see all the equipment and supplies staring back at you is comforting.

As patients drive into the parking lot, they may notice a metal sculpture called “Rising Phoenix” that is a tribute to longtime Novant Health Foundation supporter Tippie Miller, who died in 2017 of cancer.

It is a symbol of hope and it was purposeful to include Miller’s favorite color — yellow — into the design as well as to make it one of the first things patients see.

“All of that is part of healing is the way that we look at it,” said Novant Health Rowan Medical Center President Gary Blabon. “We look at just the state of mind of patients. We hear our physicians speak all of the time. The mental part, the family support just the way they are facing this terrible disease is so much of the recovery process.”

Blabon said there’s not too many areas within the center that patients can go that don’t include natural elements.

The center to date has received the support of 1,332 donors, who contributed $24 million to the center. Of that, $12 million came from private donors and the Novant Health Foundation. The remaining $12 million was from Novant Health, Blabon said.

The institute took over a year to build, but the planning spanned a few years — dating back particularly to when oncologists Dr. Greg Mitro and Dr. William “Brink” Brinkley dreamed of such a facility.

“Building a center like this has always been our dream and it’s finally come to fulfillment,” Mitro said.

Brinkley said he believes the institute will make it much easier for patients to come to one place and have access to everything that they will need.

“Not only care but the support they need. Cancer patients require a lot of additional support beyond medical care,” Brinkley said. “A lot of those resources we’ve lacked in this community. It’s not only the fact of being able to find it all in one place but also having the resources to be able to provide those additional supportive services that patients need.”

Brinkley said he believes patients will appreciate individual treatment rooms. He said this was a novel concept when he began in practice. It was something they wanted to incorporate.

“The rooms were well done. I think, for us, keeping that aspect of care probably is one of the most important,” Brinkley said.

Emily Shepard, clinic administrator of the Wallace Cancer Institute, said the colors and textures also contribute to the nonclinical or hospital feel to the building.

“At the end of the day, all of our efforts are to provide remarkable care,” said Rebecca Smith, manager of radiation oncology.

Brinkley said the building would not have been built without community support.

“I think that speaks to the community and how I hope they feel about the care we have been providing,” he said.

Blabon thanked the doctors as well as Smith, Shepard and others who pored over cabinet samples, color swatches, stones, tables and carpeting for the center.

“They worked so well together and to have Dr. Brinkley’s practice joining Novant Health means so much to us,” Blabon said.