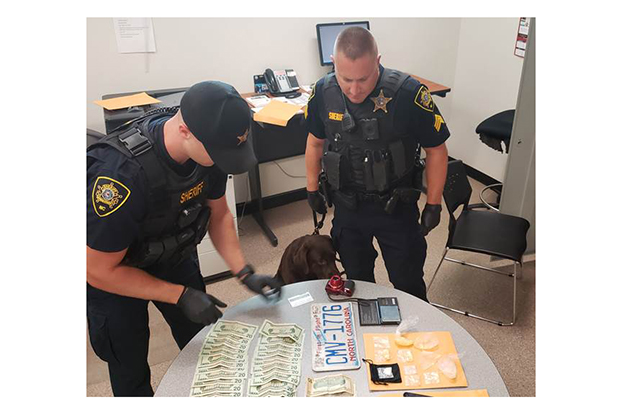 Photo submitted - Deputies and a sheriff's office K-9 look over cash and other items following the traffic stop.

LANDIS — A Salisbury woman was charged after Rowan deputies seized drugs and cash from a stolen car she was driving.

Heather Michelle Miller, 45, of the 1600 block of Earnhardt Road, was charged with possession with intent to sell and deliver schedule II controlled substance, possession of drug paraphernalia and driving while license revoked.

On Wednesday, Rowan County Sheriff’s deputies were on routine patrol in Landis when they saw what they believed was a stolen car. The people in the vehicle were believed to be involved in the sale of drugs. A deputy stopped the vehicle on Main Street in Landis, according to a statement from the Rowan Sheriff’s Office. 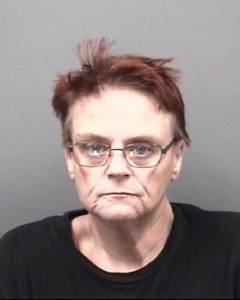 During the stop, deputies called a K-9 to the scene and the dog alerted on the vehicle. A search of the vehicle yielded 21 grams of methamphetamine individually packaged, one gram of heroin and $1,000 in cash, the sheriff’s office said.

Miller remains in the Rowan County Detention Center under a $40,000 secured bond.

The investigation continues and additional charges are anticipated, the sheriff’s office said.