Baseball: Lots of talent at East 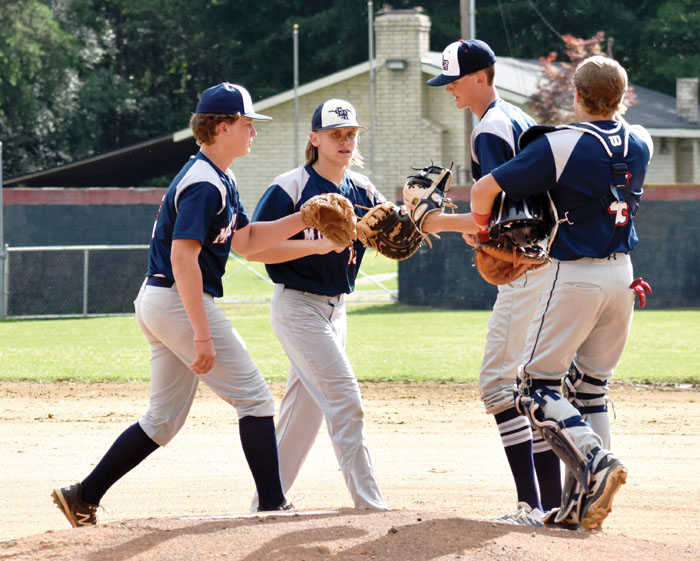 The Mustangs could be among the best in the state for years to come. The realignment process for 2021-25 is currently “on pause,” but the plan is still for revised conferences and classifications to be in place in the fall of 2021. Based on the numbers from last fall, there appears to be a good chance East Rowan will move down to 2A, but a high percentage of the student body is obviously good at baseball.

South Charlotte Panthers showcase teams are elite and were well-stocked with East players this summer, most of them highly regarded pitchers. That group includes East Carolina commit Jake Hunter, Cameron Padgett (who is throwing 89), JD Basinger (throwing 87 mph), Morgan Padgett, Tate Green, a lefty-swinging first baseman and Chris Mako. Mako is the 6-foot-5 kid who had ACC coaches scouting his jayvee starts in the spring. He’s been clocked at 89 mph.

East also has a strong group coming from “across the street,” as East coaches like to call it — from Erwin Middle School.

East’s entry in NC3 Junior baseball, the entity which provided a substitute for American Legion baseball this summer, won 15 out of 17 and went undefeated in league play. Most of those guys you haven’t heard much about yet, but you probably will.

“You go 15-2 overall and 6-0 in league play, that’s a really good summer,” said Brett Hatley, East’s varsity head coach. “There were 16 kids on our NC3 team. They got to play a lot of baseball. There were games that all 16 got in. We got to take a look at a lot of guys. We’ve got a lot of arms in the program, but we found a few more.”

East pitchers generally worked with pitch-count limits of 40 to keep everyone who had weekend duty fresh, but there was no shortage of arms.

Mako and Green, rising sophomores, doubled up. They played for East’s NC3 team as well as for the South Charlotte Panthers 2023 squad.

“Mako and Green are really tough,” said Kyle Bridges, an East assistant coach. “When you’ve got them available, you’ve got a much stronger lineup.”

East played on Mondays, Tuesdays, Wednesdays or Thursdays to avoid conflicts with the South Charlotte Panthers, who are in action on weekends, and also to avoid travel-ball conflicts. Many of East’s rising ninth-graders played together on a travel team.

“A big thank you to Chris Lankford for making that possible,” Hatley said. “That was a big help. If we hadn’t been able to play in Faith, we wouldn’t have had a season.”

The three road trips were to West Stanly, Mooresville and Mocksville.

East lost twice early in the season, to an experienced West Forsyth team and dropped a non-league game against West Rowan, but eventually started to roll.

“There were a few games we got down early by a run or two,” Hatley said. “But we talk about being great in the fifth, sixth and seventh, and usually the guys were.”

The key hit of the season was delivered by Jacob Causey. His two-run double in the sixth against Concord turned a 1-0 deficit into a 2-1 victory.

The catalysts for the lineup were leadoff man McCall Henderson and No. 2 hitter Cobb Hightower, the son of former East coach Brian Hightower.

“McCall is a rising freshman who can really hit,” Bridges said. “Cobb hit .400, got on base all the time and stole a lot of bases. He’s a stud player.”

Mako had a double, a triple and four RBIs when East beat West Rowan in late June, and Blake Hill had three hits.

Mako and Green combined to shut out Kannapolis. Henderson had three RBIs.

Dylan Valley, Tristan Miller and Austin Fulk had pitching outings in which they shut down the opposition for four innings.

Nate Hayworth is another young guy to keep an eye on. East’s coaches believe he has a chance to be a two-way standout for the Mustangs.

“We’ve got a lot of guys who are good enough to push each other, so it’s a good situation for the coaching staff,” Hatley said. “Everyone gets their opportunities, but they know if they don’t take advantage of it, there’s someone else who’s ready to go in there.”

“Those three guys were a huge part of our offense,” Bridges said. “The worst thing this summer was that we couldn’t go watch Mize and Klingler play at Newman Park. It was always a lot of fun seeing them hit.”