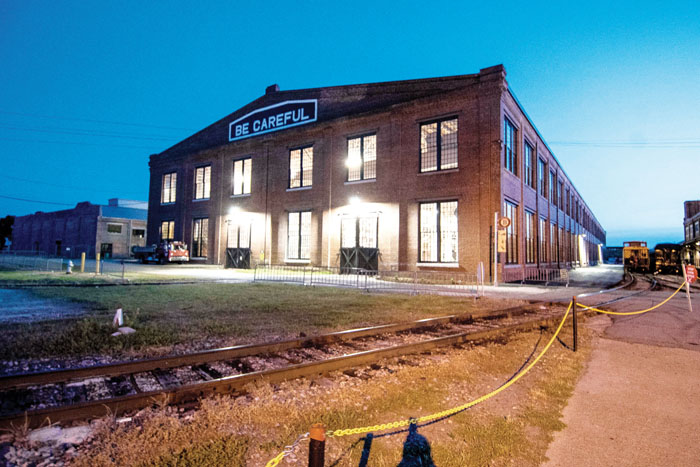 The Back Shop at the N.C. Transportation Museum.

SPENCER — The first priority must always be the health and safety of guests and staff, the Department of Natural and Cultural Resources said in response to a local resolution to fully reopen the N.C. Transportation Museum.

The museum has been forced to stop most offerings as a result of restrictions that aim to stop the spread of COVID-19, but Rowan County commissioners on Monday passed a resolution that asks the state to allow the facility to fully reopen with precautions in place that include the use of protective equipment, cleaning and social distancing.

In a statement provided to the Post, Natural and Cultural Resources spokeswoman Michele Walker said there are some areas open to the public, which includes an outdoor walking tour at a reduced price. Exhibits have been placed in locations where they can be viewed by the public to the extent possible and the gift shop has been open with limited capacity.

Actual operations of the museum are slightly at odds with the resolution passed by commissioners, which does not state some amenities are being offered.

Walker said the turntable at the museum was opened in June for a brief period, and the 20-minute train ride was open for one day in June, but both activities were ended after consultation with state health officials. Commissioners on Monday pointed to the operation of the Great Smoky Mountain Railroad, a private facility offering hourslong train rides, as an example of a disparity in treatment.

“These activities will be resumed when it is safe to do so,” Walker said.

The resolution passed Monday was written by someone not associated with the museum or the museum’s foundation, said Marcus Neubacher, N.C. Transportation Museum foundation director of administration. Neubacher said the foundation saw the resolution for the first time shortly before commissioners met and discussed it with members of the board of commissioners.

He said that, in addition to Day out with Thomas, the Polar Express event is also in danger of being canceled this year. The Polar Express is a major fundraiser for the museum.

“We appreciate the efforts of our local officials to get us to more of a normal status,” he said.

Neubacher said he feel confident the museum’s staff can safely plan indoor events in the large buildings at the facility.

“The buildings are so huge that, with a small attendance and even with a larger attendance, they are open air and people could walk past each other and maintain a good social distance,” he said.

Among the large buildings is the Back Shop, which was once the largest industrial building in the state. It is hundreds of feet long and dozens of feet tall.

Commissioners on Monday asked that their resolution be sent to the governor and state legislators who represent Rowan County.