Man held in contempt of court for not wearing mask, disruption 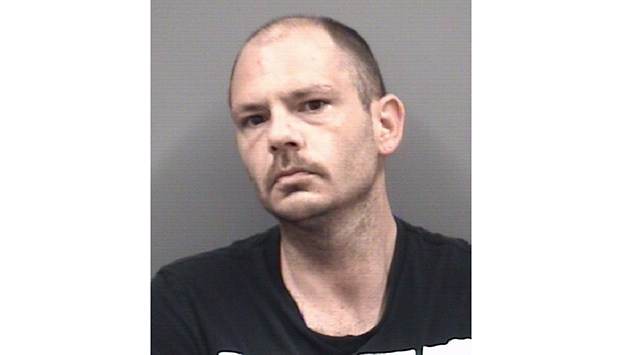 SALISBURY — A man who was in court Wednesday for drug-related charges will spend the next 30 days in jail after he refused to wear a mask and was disruptive during a hearing.

Court documents obtained by the Post show Stephen Matthew Corriher, 36, was in district court for a probable cause hearing on felony methamphetamine charges, possession of drug paraphernalia, speeding, driving while license revoked and having a fictitious or altered title or registration card or tag.

Corriher was asked to wear a mask in keeping with the mask requirements put in place by N.C. Chief Justice Cheri Beasley. He was given a mask once inside the courtroom by a bailiff but did not put it on, court records said.

Sheriff Kevin Auten also confirmed the contempt of court and the disruption by Corriher.

The bailiff reapproached Corriher and told him again to put on a mask and “only with a disruptive manner the defendant put the mask on,” the document said.

Corriher was sleeping in court and the bailiff had to wake him multiple times, according to court documents. Later, when his case was called, he removed his mask while within two feet of the prosecutor.

The document said the “defendant interrupted the undersigned repeatedly, delayed the proceedings and disrespected the court’s authority.” The undersigned is listed as Judge Brown. Additionally, the document said Corriher responded very loudly, “Come on man, over a mask? This is bullcrap” when the judge explained what was happening.

Brown ordered Corriher to be jailed for a maximum of 30 days in the Rowan County Detention Center. A fine could have been imposed but no fine was listed in court records.