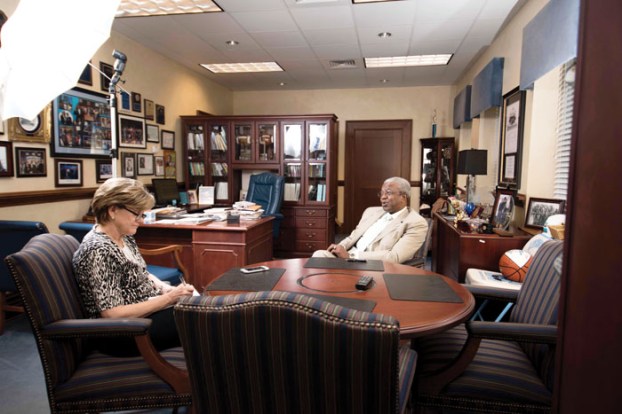 When Elizabeth Cook was editor of the Salisbury Post in the mid-1990s, she was given a new task from Publisher Cathy Wilkerson.

Cook was charged with leading the Post’s fundraising campaign for the Rowan County United Way, an organization that raises money for and provides support to a variety of local nonprofits. Up to that point, The Post hadn’t been a major contributor to the United Way. Wilkerson wanted Cook to change that, so she gave her a little extra incentive.

“(Wilkerson said that) whatever amount you can fundraise over what the Post has raised before, I’ll make sure the company matches it,” Cook said. “Since I did personally believe in the United Way, I said, ‘OK, I’ll do that.’”

Cook revamped the Post’s fundraising efforts in big and small ways. She invited Post employees to education lunch meetings where she informed them what the United Way was and what it did. She incentivized participation by handing out candy bars to employees who turned in their pledge cards, regardless of whether they gave or not.

The results of Cook’s efforts were astonishing. The Post raised about $10,000 that year.

After leading the fundraising campaign at the Post for more than 20 years before her retirement in 2018, Cook is now fundraising for the Rowan County United Way in a different way. As a member of the campaign cabinet overseeing special gifts, Cook will her editorial talents to lead a letter-writing campaign to raise money from local retirees.

And Cook is one of numerous people assisting with the United Way’s 2020 fundraising campaign, which officially kicks off on Sept. 18. Among her other campaign cabinet members are lawyers, engineers, utility workers and county commissioners. While the cabinet members work different jobs and come from various walks of life, they’re all focused on helping the United Way hit this year’s fundraising goal of $1.5 million. The United Way will donate that money to local nonprofits like One Love mental health services.

Reaching that goal may prove to be more difficult given the current economic climate and the restrictions imposed as a result of the coronavirus pandemic.

A large portion of the United Ways fundraising comes from company campaigns like the one Cook ran at the Post. During these campaigns, a United Way “champion” encourages employees to make a pledge to donate a portion of their earnings. In order to drum up support, the United Way typically relies on in-person testimonials delivered to employees by those who have benefited from the nonprofit organizations that the United Ways helps fund. These testimonials are powerful, but they might not be feasible due to coronavirus restrictions.

The United Way still hopes to deliver these testimonials. Only now, they’ll more than likely be virtual.

“We’re shooting videos almost every day making sure that we have testimonials to tell,” said Audrey Eudy, the United Way’s philanthropy director.

After shooting and editing the testimonial videos, the United Way plans on giving them to companies to show their employees.

Although the United Way is faced with more challenges than usual, Eudy is still confident in the organization’s ability to reach, or even surpass, its goal.

“It’s going to be a challenge, but we’re doing some things different this year and we’re trying some new things,” Eudy said. “While it could be a challenge, I fully expect that we’ll get to the 1.5. I think it’s going to be a combination of everybody putting in a little bit more than what they normally do and then coming up with some new companies and organizations and getting some of those new ones.”

The coronavirus pandemic may make it more challenging for people to donate to the United Way, but it has also made the need for donations even greater. When Cook sits down to craft the letters that will be sent out to potential donors, she’ll try to convey how important it is for people to support their efforts.

“They always try to give people extra incentives, but to me, this year the incentive is that there is just so much need,” Cook said.

The following people serve in the listed roles in the campaign cabinet:

By Natalie Anderson natalie.anderson@salisburypost.com SALISBURY — Tensions surrounding a proposal to halt the use of chemical agents by the Salisbury... read more