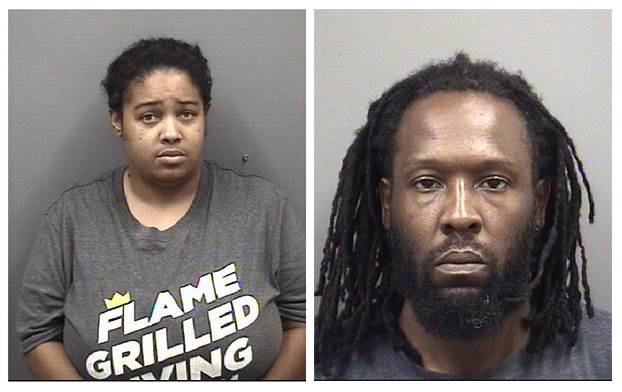 KANNAPOLIS — A Concord woman and Kannapolis man are accused of shooting into the home of a man involved in an ongoing custody dispute.

On Sunday, July 26, the Rowan County Sheriff’s Office went to the 100 block of Lenncass Drive, in the Kannapolis area, in reference to a shooting that had just occurred. Deputies arrived to find someone shot into a home there. The victim said he was watching TV when he heard his bathroom window break.

Morales told deputies the next thing he heard was his neighbors banging on his door to make sure he was alright.

The Rowan County Sheriff’s Office Criminal Investigative Division began an investigation and found that the victim and his previous girlfriend’s family are in a heated child custody battle. It was later determined that Miranda Jenkins, of Concord, and Avondale Hampton, of Kannapolis, drove to the victim’s house.

Hampton is alleged to have fired shots into Morales’ residence after getting out of his vehicle.

Jenkins, 38, and Hampton, 35, are both charged with discharging a firearm into an occupied dwelling.

Both were placed into Rowan County Detention Center under a $500 secured bond with a first court appearance on Wednesday.