Ask Us: Was grant money to repair Landis dam embezzled? 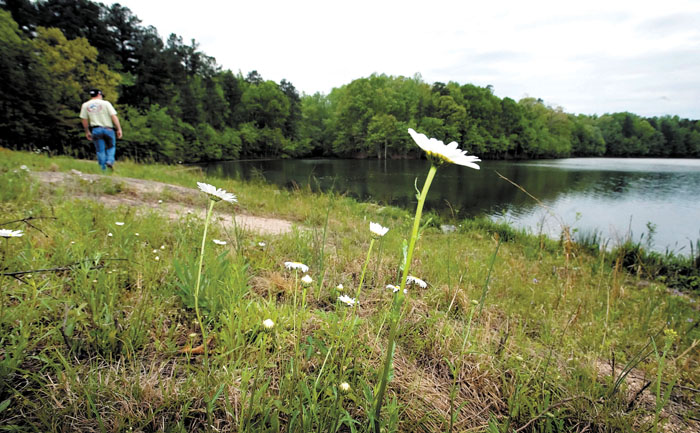 The outlook for repairs to the dam at Lake Corriher Wilderness Park looked good in January 2019.

Months after the dam had been damaged during Hurricane Florence’s landfall in North Carolina in September 2018, then-Manager Reed Linn told board members had a solution.

Staff members needed to send an answer to state dam inspectors about how the town would address the latest dam inspection. And there was a possibility of having 80% of what would be a multi-million-dollar project paid for by FEMA funds, Linn told the board. The state would provide the other 20%. There would be no cost to the town, Linn said, according to minutes from the meeting.

He said staff had been on the phone every day with FEMA and, as the meeting minutes describe, “everything had been signed and submitted and committed.” The permitting process would take 12-18 months before “they really saw anything begin.” In the meantime, staff members were doing what they had been instructed to, including lowering water levels and checking on things weekly.

So, what happened to the proposed grant funding from FEMA? A reader specifically said that Landis had received a grant to fix structural damage at Lake Corriher Wilderness Park, noted that repair work hasn’t started and asked if grant money was among allegations of embezzlement leveled against Linn, former finance officer Ginger Gibson and former Parks and Recreation Director Andrew Morgan.

The answer, says Public Works Director Ron Miller and Interim Town Manager Leonard Barefoot, is the town didn’t receive a grant for the dam project, which would have required a complete replacement. The town only received funding to fix smaller items, including structural damage to buildings.

“We didn’t get much money on any of the things that we applied for,” Miller said. “What we were proposing to do was to eliminate all future issues.”

For now, Miller said, staff are continuing to monitor the dam’s structural condition and maintain orange fencing to keep pedestrians from walking on it. To help with its condition, workers removed some trees and root balls.

The latest inspection available online rates the Landis Water Reservoir Dam, or Lake Wright Dam, as being in fair condition. Originally built in 1955, the dam is rated as being high hazard, which FEMA defines as probably resulting in the loss of human life in the result of failure.

Is it still possible for the Landis dam to be replaced? Yes, says Miller.

“We just have to find the funding,” he said.