With demand for mail-in ballots rising, here’s how to request, vote absentee in 2020 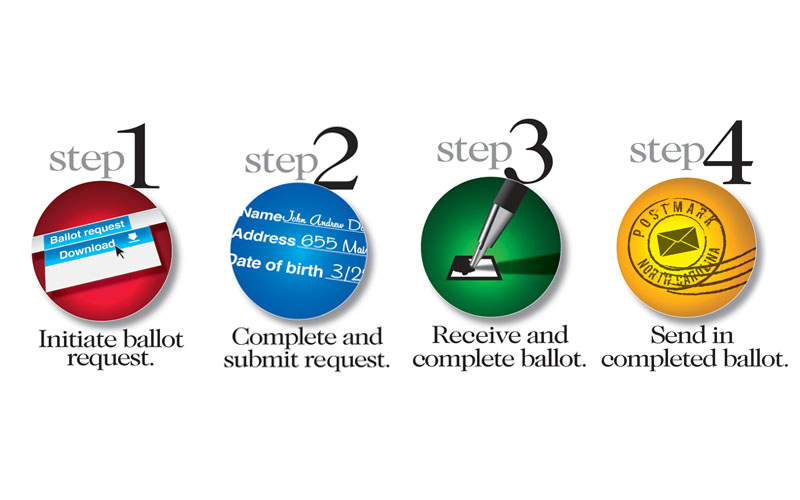 With roughly one month until the Rowan County Board of Elections can begin sending them out, requests for mail-in ballots are surging.

By Friday, 1,150 requests had been submitted, and Rowan County Board of Elections staff say they’ve received about 100 requests per day. The request numbers represent a significant increase from the roughly 200 people who asked for a mail-in ballot by the same date in 2016, the prior presidential election. Rowan County Board of Elections Director Brenda McCubbins said the number requested is also more than the date when ballots were first sent out in 2016.

This year, Sept. 4 is the date on which mail-in absentee ballots can be sent to voters. And while voting by mail is just one method to cast a ballot, it’s expected to be more popular than ever because of the COVID-19 pandemic and associated social distancing recommendations.

North Carolina is on track to beat its mail-in request total and is currently five times greater than the same date in 2016, according to Old North State Politics, a blog created by Catawba College professor Michael Bitzer. The state’s largest population counties, Wake and Mecklenburg, are Nos. 1 and 2, respectively, in absentee requests submitted. And some counties, including Chatham, Orange and Brunswick, have already beaten their 2016 mail-in absentee request totals.

For voters interested, here are steps to cast a mail-in ballot in 2020.

Addressing questions about mail-in voting security, the N.C. Board of Elections last week released a document with a series of reasons why mail-in absentee voting is safe.

Those reasons included: ballots are only sent to registered voters who requested them, fraudulently completing the form is a felony, local boards of elections review ballots and envelopes to ensure legal compliance, data on who has requested ballots is confidential until Election Day to reduce the ability of third parties to tamper with ballots, the State Board of Elections has a dedicated team of investigators that looks into election fraud and the board conducts post-election audits to catch inconsistencies.