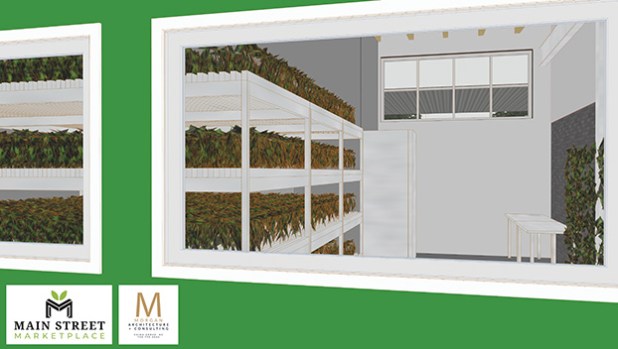 Rendering submitted - This images shows a rendering of what Main Street Marketplace’s hydroponics room will look like once completed. Construction is currently underway. 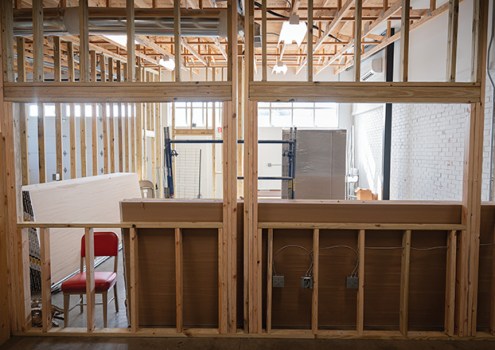 Josh Bergeron / Salisbury Post - So far, workers have put in a wood frame for the hydroponics room. Saturday was scheduled to be the start of drywall installation. 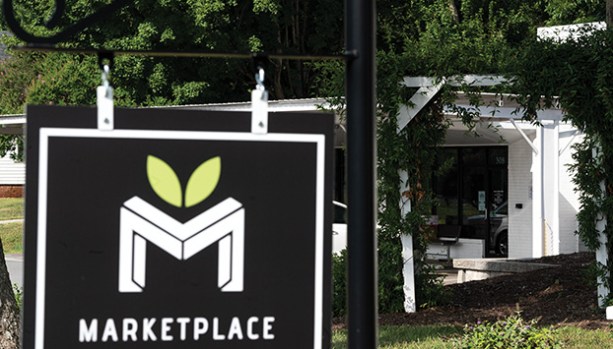 CHINA GROVE — The most exciting part about a groundbreaking for construction of what’s become Main Street Marketplace in 2017, said Hope Oliphant, was that there would be more opportunities to come — more even than those gathered could envision.

“I think the most exciting part is that we think we know the vision, but God probably has a bigger vision than we can even imagine,” said Oliphant, now the organization’s executive director, at the groundbreaking in September 2017.

Now, Main Street Marketplace and Meeting Place is moving further into the future with its focus on becoming more self-sustainable and building a hydroponic garden. The hydroponics garden, located in the market’s warehouse, is made possible by a $150,000 grant announced in December from the Rowan County United Way’s community impact model.

Using no soil, the garden will fill 400 square feet. It will grow herbs and greens. The project won’t replace partnerships with local farmers or entities like Second Harvest Food Bank, which provides hundreds of pounds of food on a daily basis to Main Street Marketplace.

“We’ve definitely been on a journey to become more self-sustaining and to the smart charity model and move away from just crisis giving,” Oliphant said. “Just like we want people to be able to provide for themselves, to become self-sustaining, we want to do the same.”

The hydroponics room will feature several rows of shelves for plants with water flowing through the structure that keeps the shelves together. Elsewhere in the room, there will be vining-type plants grown using hydroponics.

The room will be climate controlled, with large windows to let the sunlight in and keep the temperature around 65 degrees. Oliphant said staff hope to be able to harvest every 31 days.

On Saturday, crews were scheduled to start installing drywall. A wooden frame for the room and much of the equipment to create the hydroponics garden were already in place.

COVID-19 has forced Main Street Marketplace to just prepare crisis boxes for people in Rowan County, not just the southern part of the county. Indoor meetings and classes also have been forced to endure changes. Otherwise, its self-grown produce will be made available in its market.

“We’re not a food desert here, but what we are is a healthy food desert,” Oliphant said. “So, while you might have food stamps, you might not really be able to purchase healthy food because of the cost. Lots of times you may have to buy processed food.”

The grant awarded by the United Way is for two years, with a 10% cut in the second year to encourage sustainability in funded programs. Oliphant says the first year grant will fund basic equipment and construction. And while equipment may be needed in year two, the second portion of the grant will provide for training and people to tend to the garden.