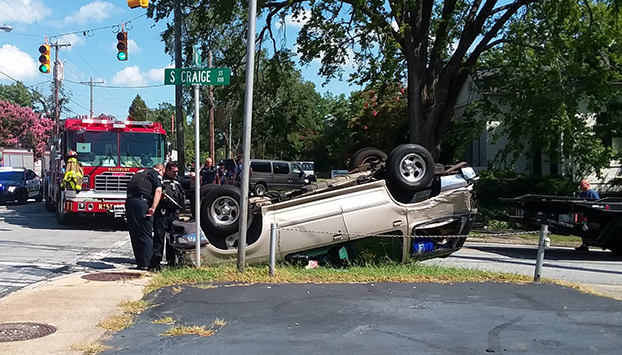 Shavonne Potts / Salisbury Post - Police officers and first responders at the scene of a crash involving an overturned Ford Explorer at the intersection of West Innes and South Craige streets.

Salisbury police and Salisbury fire departments responded Friday afternoon to this two-vehicle collision at the intersection of West Innes and South Craige streets.

Emergency responders were able to remove someone who was trapped inside the sport utility vehicle, a Ford Explorer, after the collision with a 15-passenger van. The person was taken to the hospital via ambulance.

No other details were immediately available.