SALISBURY – The next few years are going to be critical for the country’s future, and that’s especially true for public education, says Kathy McDuffie Sanborn, who has filed for the East Area seat on the Rowan-Salisbury Schools Board of Education

Sanborn, 61, grew up in Dallas, N.C. as one of four children. She graduated from North Gaston High School and went on to attend Appalachian State University and earn a bachelor’s degree in education with concentrations in learning, mental and emotional disabilities. She also earned master’s degree in school administration from the University of North Carolina at Charlotte.

She began teaching in 1984 as a junior high school special education teacher with Kings Mountain City Schools. She later moved to Albemarle to continue her teaching career at New London Elementary School and built a long and varied career in education that ultimately brought her to Rowan-Salisbury Schools. 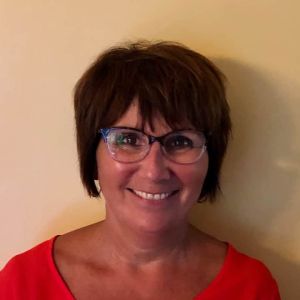 In 2004 she was offered an assistant principal position at East Rowan High School. In 2006 she was appointed Director of Secondary Education for RSS and served in that capacity until she retired in 2013. But she couldn’t give up her passion for publication education. In 2014, she started the business Education4All, which “focuses on curriculum development and academy support for Crosby Scholars.”

Following retirement, she has also worked in interim positions with RSS, including interim principal for Salisbury High School, North Rowan Middle School, Overton Elementary School as well as interim director of Exceptional Children on two occasions and as an administrator at Koontz Elementary.

“I just feel like that I have a background seeing public education from the inside at different levels,” she said.

Sanborn said she wants the district to focus on meeting the needs of children regardless of their race, gender, disability or socioeconomic status so they can pursue the career and lifestyle they want.

With regard to re-entry amid the COVID-19 pandemic, Sanborn said she is not sure if there is a right answer between the competing needs to teach children in schools and keep them safe.

“Children are very social creatures just like adults are,” Sanborn said. “And they need that exposure to their friends. A lot of our children need that structure throughout the day they’re not able to get at home, many times because their parents are having to work, and some of our children are being left at home by themselves.”

Sanborn said schools also need to consider how they can best protect children from the virus and that there is no playbook for re-entry. She added the plans, which vary from county-to-county, are best all best estimates of how to handle the situation.

Sanborn said the district is moving forward but everything can always be done better.

Sanborn said she enjoys spending time by the water, with her family and reading.

Sanborn is competing for the seat against former East Rowan High School head baseball coach Brian Hightower, who announced his intention to run before the filing period began on July 17. The East Area seat will be vacated by incumbent Josh Wagner, who is not running for reelection. The filing period ends Aug. 14.