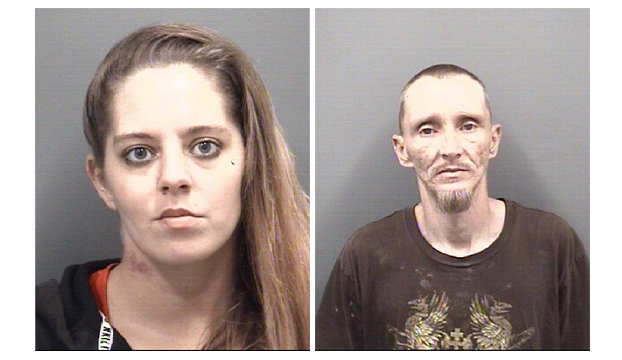 CHINA GROVE — A man and woman have been charged for their involvement in a July 7 roadside attack where a man was struck with a metal folding chair.

The attack, which was witnessed by a passing motorist, followed an argument about money Graham had loaned the two for a trip to obtain medication from a local pharmacy. The victim said he grabbed the metal folding chair to defend himself against an alleged attack from Morgan.

The victim said he threw the chair at Morgan to block her punches. Then Burris is accused of grabbing the chair and hitting the victim with it. The victim received stitches to his head following the attack.

On Monday, Rowan deputies responded to the 300 block of Virginia Avenue for a disturbance there. The dispatcher informed the deputy that two people at the address — Morgan and Burris – had active arrest warrants for an assault. The two were arrested and charged.

Burris was issued a $2,500 secured bond and has since been released from the Rowan County Detention Center. Morgan was issued a written promise to appear in court.