Two dead from COVID-19 at state prison near Albemarle 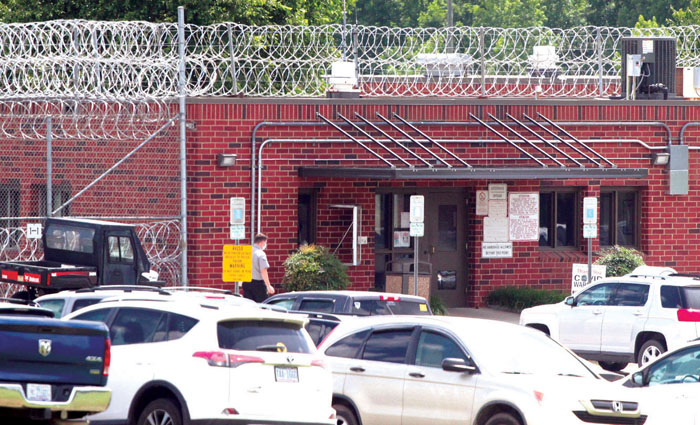 BADIN — A third inmate has died at Albemarle Correctional Institution — the second in a week — from complications of COVID-19.

The N.C. Department of Public Safety issued a news release late Friday night saying an offender died at the hospital as a result of pre-existing conditions complicated by COVID-19. This is the eighth coronavirus death of an individual in custody at a North Carolina state prison and the third to die at Albemarle Correction Institution, which is located in Badin and is the site of the worst state prison outbreak in North Carolina.

“His death is a tragedy, and we are working hard to manage the impact of COVID-19 in our prisons,” said Todd Ishee, commissioner of prisons. “The health and safety of the staff and the offenders in our custody remains our top priority.”

The offender who died Friday tested positive when he was hospitalized July 2. His condition worsened, and he died at the hospital. He was a male in his early 70s who had underlying health conditions. Given his family’s right to privacy and the confidentiality of prison offender records, the Department of Public Safety said it will not further identify the individual.

The second offender to die at the prison tested positive June 22 and was hospitalized July 1, where his conditions worsened. The inmate was a male in his early 60s who had underlying health conditions. He died Thursday.

The two deaths follow the July 14 death of another inmate, who was in his late 50s.

The Division of Prisons is currently working to test every inmate in the state’s more than 50 prisons. Mass testing has occurred at two-thirds of the prisons so far, according to prison data. More than 1,250 inmates have tested positive during the pandemic out of nearly 23,000 tests performed so far.