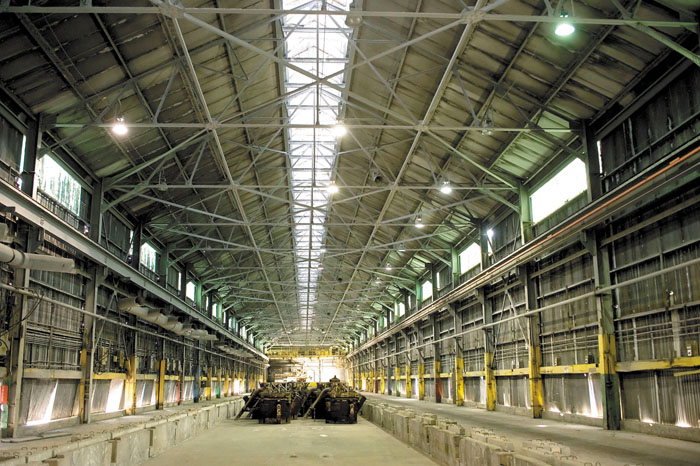 The university emailed a copy of the letter to The Stanly News & Press. The letter was submitted on behalf of the Yadkin Riverkeeper, Inc., a nonprofit in Winston-Salem that looks after the health of the Yadkin Pee Dee River Basin, which includes Badin Lake.

Alcoa opened its aluminum smelting operation in Badin in 1917 and the company dumped hazardous waste without regulation until 1980 when the EPA established the first Resource Conservation and Recovery Act regulation declaring waste material called spent potliner a hazardous waste. Though the former Alcoa site has been dormant since 2007, for more than 70 years it produced large quantities of a waste material called spent potliner, which is specifically generated in the aluminum smelting industry.

Duke’s letter states that throughout its review of Alcoa’s corrective measures, “we were surprised by the cavalier conclusions of the investigative reports filed by Alcoa’s consultants.” The letter noted that when contaminants were identified through sampling, many of Alcoa’s reports “dismissed the contamination.”

Duke notes that while the main purpose of RCRA corrective action program is to “protect human health and the environment from pollution from hazardous waste,” Alcoa’s data shows it has “failed to protect the environment of Badin and the Yadkin River basin from this pollution.”

Duke wrote that since Alcoa hasn’t performed an ecological risk assessment, “we can only speculate as to the environmental and human health consequences of this pollution.” It added that all of the contaminants pose “adverse health risks” to people and animals.

Duke also made several other discoveries including that the Alcoa Badin Landfill cannot be ruled out as a source of pollutants in the Eastern Drainage Ditch; the nature and extent of contamination in the former ball field area has yet to be fully studied and analyzed; and that TCE is still present in the groundwater in the Main Plant Area at levels that exceed regulatory standards after 17 years.

Duke concludes its letter by recommending that DEQ “require Alcoa to evaluate excavation and removal of the hazardous waste buried in Alcoa’s dumps as a Corrective Action final remedy along with the proposed remedies previously communicated by Alcoa’s consultants.”

The report followed a November public meeting in the Stanly Commons, where several Badin citizens and advocates voiced their concerns and spoke out against Alcoa. Several students from Duke’s ELPC gave a presentation on the history of Alcoa dumping hazardous waste in the area.

In a statement to The Stanly News & Press, Mark Stiffler, vice president of asset planning and management at Alcoa, said the company “takes its environmental responsibilities in the State of North Carolina very seriously, and we have been working closely with state and federal officials to investigate and remediate a number of items related to the former Badin smelting site and responding to community feedback.

“We are currently conducting additional follow-up activities to complete an updated Corrective Measures Study, which will include recent findings and outline proposed remedies,” Stiffler continued. “This is an ongoing process, and we remain committed to being transparent and openly sharing information about our efforts to address environmental issues in Badin.”

Ryke Longest, co-director of Duke’s ELPC, said officials in New York and Texas were able to get Alcoa to remove buried hazardous waste and assess ecological risks from Alcoa smelting facilities and he hopes DEQ will be able to require Alcoa to to the same in Badin.

“The only question is willpower,” Longest said. “Does NC DEQ have the willpower to require Alcoa to clean up? If not, they will let them just fence this in and leave an abandoned, hazardous blight on this community for decades to come.”

Longest said once Alcoa comes up with a proposed final remedy, he anticipates a public hearing will occur sometime near the end of the year.