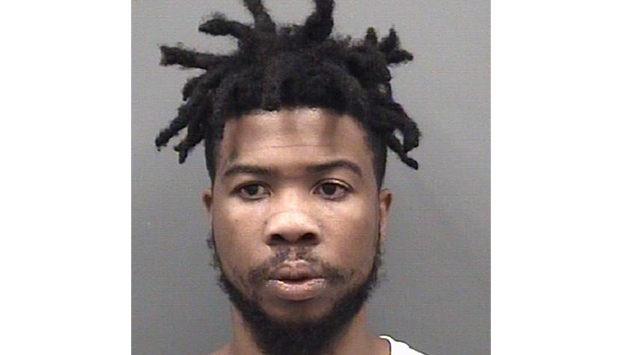 The incident began when a patrol officer saw the driver of a silver Honda Accord speeding toward Mahaley Avenue just after 1 a.m. in the Jersey City neighborhood. The officer followed the vehicle in an attempt to stop the driver, DeSantis said.

The driver did not stop and continued to speed, reaching 100 mph on Old Mocksville Road near Ellis Cross Road, DeSantis said. The driver ran off the road and collided with a fence overlooking a field and came to rest in a ditch. The detective noted there was no traffic on the roadway at the time of the chase.

The police officer ordered the three people inside to get out and show their hands. The driver, later identified as 24-year-old Marques Elijahuan Pharr, faces reckless driving to endanger, felony fleeing to elude arrest, injury to personal property, discharging a firearm in city limits, communicating threats and a probation violation. He remains in the Rowan County jail under a $20,000 secured bond.