In a time when routine community events and informal gatherings aren’t happening to comply with health recommendations, political rallies should be no exception. That goes for Democrats, Republicans and any other political party. There’s no reason to put politics over public health. There are many tools at a campaign’s disposal to energize supporters and raise money without encouraging many people to gather indoors.

The most egregious example of what to avoid was an event hosted by Lt. Gov. Dan Forest, who is running for governor, in Iredell County. Forest’s campaign posted a picture on his Facebook page last week showing an indoor venue with 10 or so attendees sitting around tables in typical banquet fashion and no masks in sight. The photo would be a normal part of a campaign in any other election year, but it sticks out this year. Even one case that comes from a political event is one too many.

If events do occur indoors, they should be small in size and require attendees to wear masks, which can no longer be considered a partisan issue. President Donald Trump on Monday tweeted that it’s patriotic to wear a mask when you can’t socially distance.

Laurel to the Farmers Market Nutrition Program, which aims to improve the nutrition of WIC participants, who are often low-income mothers with young children. The program also increases farmers’ share of the food dollar and it helps revitalize rural areas by increasing awareness and use of farmers markets.

As reporter Natalie Anderson wrote in Sunday’s newspaper (“Program to help mitigate fresh food insecurity”), access to healthy foods continues to be an issue in Rowan County. As of 2020, 11% of local people have limited access to healthy foods. That number seems small, but the percentage equals roughly 15,600 people.

Vouchers are worth $5 each, with each participant able to receive six vouchers. Transportation is still a barrier for some people to get to the Salisbury Farmers Market in downtown — on Kerr Street — and that could be a further focus for organizers to boost redemption rates of the vouchers. Everyone should be able to access fresh food no matter their income level.

Laurel to good news in the form of a lower unemployment rate in June.

North Carolina’s jobless rate declined significantly — from 12.8% to 7.6% in June. That’s also lower than the national rate of 11.1%. While there are still many businesses officially shuttered, bars and gyms notably, the improvement is thought to be due in part to loosening restrictions and the leisure and hospitality industry reopening.

To continue the good progress, North Carolinians need to follow health guidelines. Businesses need to do the same and ask patrons to do things like standing 6 feet apart and wearing a face covering in public places. Doing otherwise risks staying in our current state for months or a return to stricter mandates. 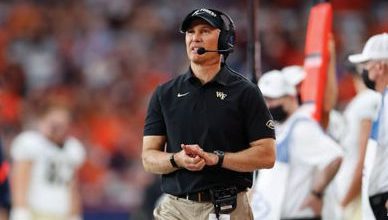