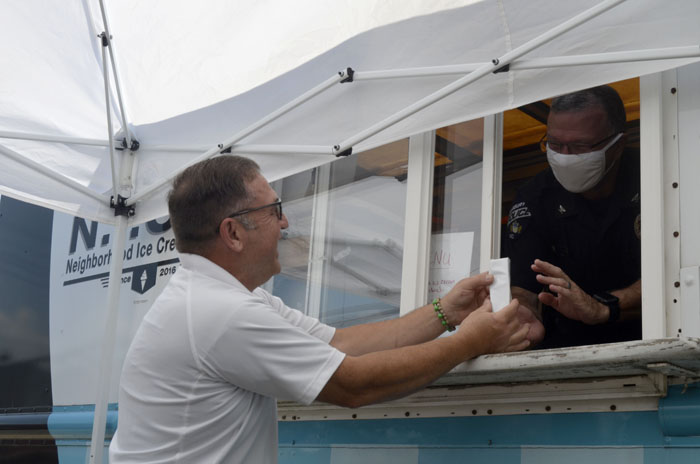 Parnell was the chairman of the annual campaign. But on Tuesday, members of the Salisbury Police Department were true to their word and served ice cream at Fire Station No. 5.

Salisbury Police Lt. Joe Miller organized getting the police department’s ice cream truck to the fire station and even helped serve the ice cream along with Chief Stokes and Sgt. Jennifer Moreau.

It’s not the first competition the agencies have taken on, with one past bet raising money for charities of their choice during last year’s flag football game. They’ve also bested each other in basketball, softball and other activities.

At the end of the day, it was all for a good cause in giving to the United Way.