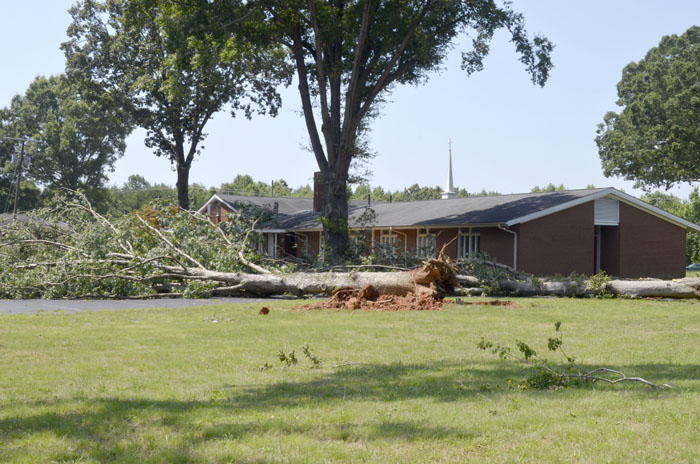 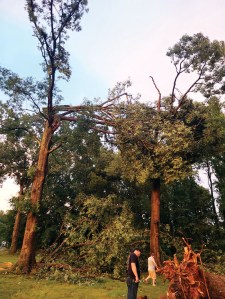 CHINA GROVE — Several oversized trees were scattered across the parking lot of Prince of Peace Lutheran Church Monday morning as a weekend thunderstorm likely caused microbursts that resulted in damage at the church and in other nearby areas.

According to interim Emergency Services Chief Allen Cress, there was some storm damage within a half-mile radius of the Bostian Heights Fire Department. Cress said there were about three or four weather-related calls to the county 911 center.

Cress said on a drive throughout that area he saw some storm damage that amounted to downed trees and a metal shed that had some damage but there was no way to tell if the damage was from this storm or previous incident.

According to Meteorologist Andrew Kimball, the environment in that part of the county supported strong down force winds or microbursts — a localized column of sinking air that can cause extensive surface damage.

“These types of storms are very challenging to issue warnings for because they could happen quickly and collapse,” Kimball said.

It’s not clear if any microbursts were shown on the radar but Kimball noted it could be because of how quickly a microburst forms.

The weather this week could produce similar effects including thunderstorms and microbursts.

“The pattern won’t change a whole lot. There will be scattered evening thunderstorms,” he said.