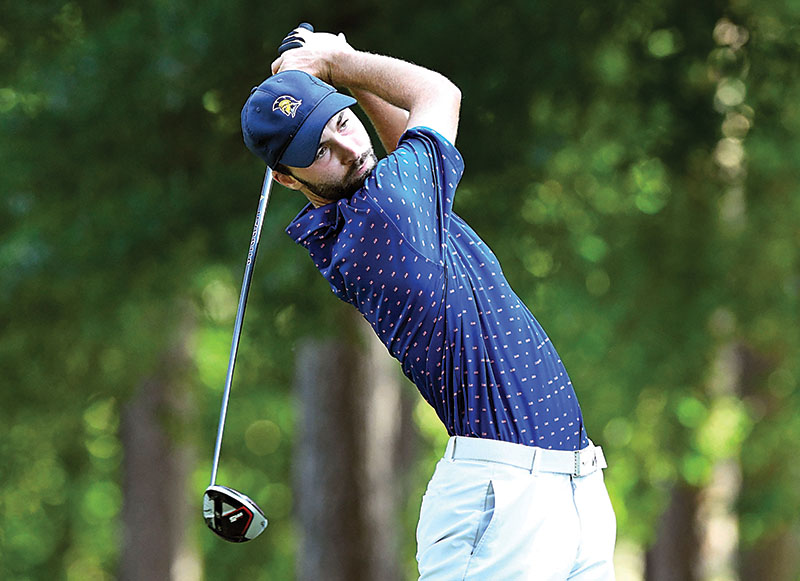 SALISBURY — Nick Lyerly lost the 2017 Horace Billings Rowan Amateur when Keith Dorsett chipped in a birdie on the 19th hole of their championship match.

Since then, Lyerly’s been determined not to give opponents opportunities to beat him — and no one has.

Lyerly made it three straight victories in the event on Sunday at Corbin Hills when he topped perennial runner-up Kevin Lentz 2 and 1. That means Lyerly has won 15 straight Rowan Amateur matches since Dorsett’s chip — and 19 out of 20.

“I’ve just tried to take it personally not to make mistakes,” Lyerly said. “If you don’t make mistakes, if you don’t give any openings, the pressure is always on your opponent. Kevin Lentz is a really good player, very solid. He made very few mistakes Sunday, but I made even fewer.”

In 2016, at the age of 17 years and 5 months, he officially became a prodigy. He was the youngest winner ever of the North Carolina Amateur.

Now as a 21-year-old college student at UNC Greensboro, Lyerly is expected to win everything he enters locally.

That brings some pressure, some expectations. It means a target on his back every match, but it never seems to affect Lyerly. It may be 90-plus degrees on the course, but mentally and emotionally, he never breaks a sweat.

“This was a great tournament,” Lyerly said. “The field is always strong here, and this year it was a little stronger than usual.”

The first round saw the top 10 seeds in the 32-man field advance, including qualifying medalist Michael Swaringen, who shot 67 to grab the No. 2 seed behind Lyerly.

Lyerly took a competitive second-round match 3 and 2 against 16th-seeded Sean Kramer. Six of the top seven seeds moved on to the quarterfinals, including the sixth-seeded Lentz. The only serious upset of Round 2, at least based on qualifying scores, was 19th-seeded Shane Benfield edging third-seeded Derek Lipe. But it wasn’t really a shock. Benfield has been a factor in this frequently. He was runner-up to Ronnie Eidson in 2011.

In the quarterfinals played on Saturday afternoon, Lyerly breezed 7 and 6 against Chace Jensen. Swaringen eliminated East Rowan youngster Colby Patterson. Chris Williams, who won a tournament in Burlington last summer, handled Dorsett with unexpected ease in the 4 vs. 5 matchup and emerged as the challenger to Lyerly in one semifinal. Lentz got past Benfield 1-up to reach the other semifinal.

Williams, who has played in several four-ball events as Swaringen’s partner, would take Lyerly the full 18 holes in Sunday morning’s semis.

“Chris is a tough customer,” Lyerly said. “I never trailed, but I missed some short putts. I was lucky to get through that match. I was just good enough.”

Lyerly and Williams were even going to the 17th, but Williams bogeyed.

“That put me 1-up, and then he hit out of bounds, barely out, on 18,” Lyerly said. “He made a few uncharacteristic mistakes late, but he played a really solid round.”

In the other semifinal, Rockwell’s Lentz won his second straight 1-up thriller to eliminate Swaringen, a Mount Pleasant native who has won several area tournaments, including the Davidson County Barbecue Festival (with Williams) and the Davidson County Amateur.

Both golfers parred the next four holes.

No. 7 is a  Z-shaped par-5, one of the more difficult holes on the course. According to the handicap chart, it’s the third-hardest, but a lot of people claim it’s the toughest.

Lyerly hit two precise shots, carefully laid up short, and was positioned in front of the green. Lentz hit over the green.

Lentz was able to scramble for a par, but Lyerly made a birdie putt to take his first lead of the match.

“That’s where I got the momentum, and I was able to keep it,” Lyerly said. ” I never let Kevin get it back.”

Lentz birdied the 11th, the longest hole on the course, 548 yards from the championship tees, to get back within one.

But Lyerly regained his two-hole advantage on No. 12 — and maintained it.

No mistakes. No openings.

He closed out the match on the 17th.

Lentz, who lost to Dorsett in the 2016 Rowan Amateur final, fell to Lyerly in the finals for the third straight time, so he’s been second four out of the last five years. He’s also been a Rowan Masters qualifying medalist and a Labor Day Four-Ball finalist, a constant factor in local tournaments.

“Kevin is going to win one of the these things, eventually,” Lyerly said. “He’s due and he’s too good not to.”

Next for Lyerly is the Carolinas Four-Ball Championship.

Ordinarily, Lyerly and his UNCG teammates have started getting ready for the college season in September, but if that season doesn’t happen as planned, Lyerly could play in the Labor Day Four-Ball at the Country Club of Salisbury. 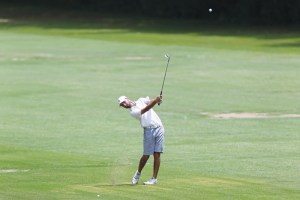