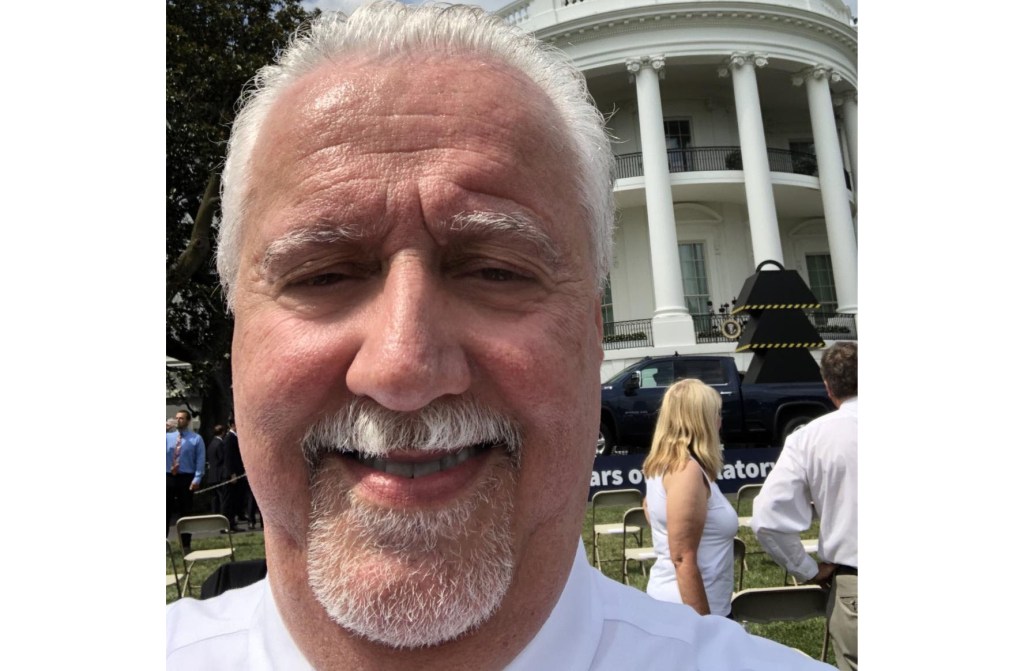 Sen. Carl Ford, along with other North Carolina senators, visited the White House on July 16 and met President Donald Trump.

On Thursday, Sen. Carl Ford, along with other North Carolina senators, visited the White House and met President Donald Trump while touring the Oval Office.

Senators visited the White House for an event called “Rolling Back Regulations to Help All Americans,” where they heard a speech from Trump on the White House lawn about government deregulation and “cutting the red tape.” He added that Vice President Mike Pence and all other members of Trump’s cabinet were present at the speech.

“(Trump) was very informed about everybody on the ticket in North Carolina,” Ford said, adding that Trump expressed disappointment about not accepting his Republican nomination in Charlotte, where the Republican National Convention was originally planned to be held.

Following the conversation with Trump, Meadows took the senators on another tour in the White House before asking all senators to be tested for COVID-19. Ford said no one declined, and all tests came back negative after 15 minutes.

The White House photographer took photos of the senators with the president, and Ford said those photos should be sent to them within a week.

Ford said the experience was “surreal.”

On Friday, Gov. Roy Cooper sent a letter to the North Carolina congressional delegation outlining the need for stabilization funds to restore the economy.

“The actions you take in the next few weeks are vital to our ability to emerge from this crisis and restore economic prosperity. We cannot beat this crisis if we do not ensure our economy can survive the duration of the virus, and we will not beat the virus if we do not follow best public health guidance and properly resource and implement robust testing, contact tracing and isolation capabilities required for an effective recovery strategy,” the governor stated in the letter.

The governor noted the total local and state general revenue decline surpasses $5 billion. The letter asks Congress to direct federal funds that have been allocated to the state to county and municipal governments to ensure that they each receive direct funds to aid in their recovery. Additionally, he requests both current and prospective federal funds allow flexibility to ensure dollars can be spent for revenue replacement and other critical needs.

The letter also urges Congress to encourage FEMA to provide 100% federal reimbursement for non-federal cost share for state and local costs of responding to the pandemic. Additionally, Cooper requests lawmakers allocate funds to ensure K-12 schools, community colleges and universities can purchase cleaning supplies, provide protective equipment and other materials needed for the health and safety of staff and children when they return in the fall.

Cooper requested a temporary increase in the Federal Medical Assistance Program, or FMAP, to 12% until at least Sept. 30, 2021 as the state works to combat the effects of the pandemic.

Other requests include allowing small businesses immediate access to the State Small Business Credit Initiative as well as a rent and utility assistance package for struggling families during this time.

Cooper’s full letter can be read by clicking here.