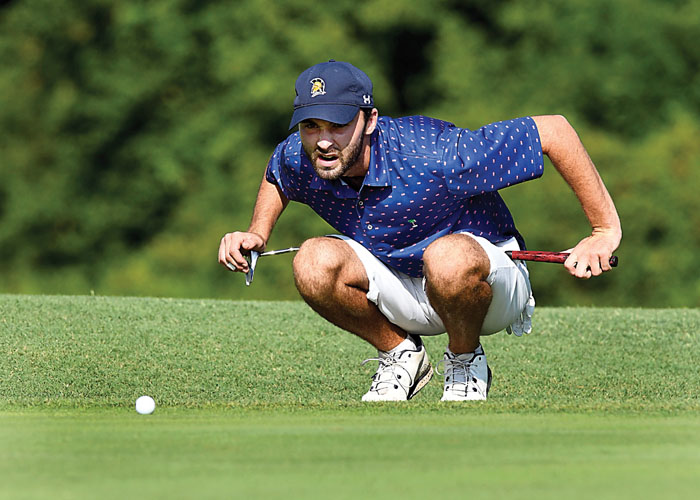 Lyerly, the No. 1 seed, won two matches on Saturday at Corbin Hills and has advanced to Sunday’s 8 a.m. semifinals.

Chris Williams, Michael Swaringen and Kevin Lentz have also battled their way into the final four.

Lyerly will take on No. 4 seed Williams in a semifinal, while Swaringen, the second-seeded qualifying medalist, is matched up with No. 6 seed Lentz in the other semifinal.

Williams ousted fifth-seeded Keith Dorsett, a four-time champion in the event, in a quarterfinal.

Swaringen, who won the 2018 Davidson County Amateur and was runner-up in that same tournament in 2019, eliminated No. 7 seed Colby Patterson, an East Rowan student, in a quarterfinal.

In the other quarterfinal, Lentz knocked out the last underdog in the tournament, No. 19 seed Shane Benfield.

It was a long day for Benfield, who started his day around 7 a.m. by completing a first-round match that was suspended by lightning on Friday.

Lentz has never won it, but has come oh-so-close in this tournament many times. He was runner-up to Lyerly in each of the last two Rowan Amateurs.