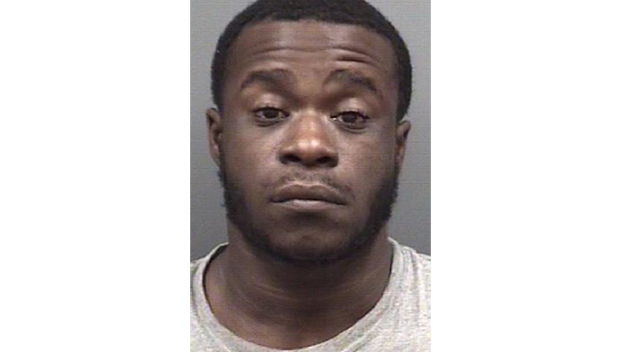 SALISBURY — A Salisbury Police Department K-9 on Thursday tracked a man who ran from a vehicle stop near the Zion Hills Apartment complex to the doorstep of an apartment about a mile away. The man was charged with weapons violations and resisting arrest, said Detective Russ DeSantis.

Reginald Devone Mills, 22, was charged Thursday with misdemeanor resist, obstruct, delay an officer; felon possession of a schedule VI controlled substance, felony possession of a firearm by a felon and felony carrying a concealed weapon.

Police officers were attempting to serve a search warrant on a blue Ford Explorer near Zion Hills Apartment complex on Standish Street. Four men inside the vehicle were ordered out one-by-one. The first to get out was Reginald Mills, who took off running.

A police K-9 named Bolt was called to track Mills. And the tracking ended in the 200 block of Ridge Avenue at the Wiley School Apartments.

A resident there initially denied that Mills was inside the apartment, but a short time later Mills walked came out of the apartment and was arrested.

He remains in the Rowan County Detention Center under a $20,000 secured bond.