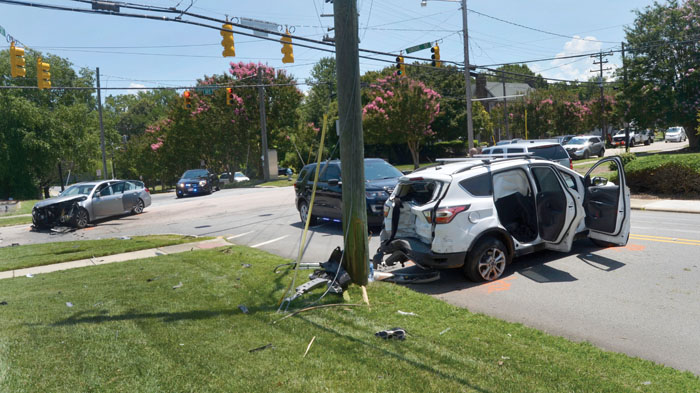 Rowan County Sheriff’s investigators seize items from this Ford Escape, right, that was involved in a chase and subsequent two-vehicle crash at the intersection of Grove Street and Old Mocksville Avenue. Shavonne Potts/Salisbury Post

SALISBURY — Rowan and federal investigators executing a search warrant Tuesday morning were nearly run over by someone not connected to the investigation, which led to a two-vehicle collision, said Sheriff’s Office Chief Deputy David Ramsey.

Investigators were still at the scene when a white Ford Escape almost struck the officers. Later in the morning, the same Ford sport utility vehicle collided with a gray passenger car at the intersection of Grove Street and Old Mocksville Avenue, just in front of Novant Health Professional Center in the 400 block of Old Mocksville Avenue. 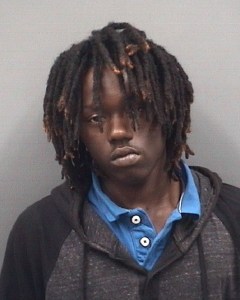 Details were not released as to the apprehension of the driver, but Ramsey said the passenger, Tadarren Lashaud Mosley, was arrested.

He remains in the Rowan County jail under a $25,000 secured bond.

Salisbury police and Rowan deputies blocked roads leading to the intersection as the two vehicles sat in the roadway until a tow truck arrived. Traffic was diverted to Woodson Street between the 200 and 300 block of Old Mocksville Avenue while investigators collected evidence from the Ford Escape.