I have been really sad over the last month or so. The feeling of acceptance and community that made me proud to be a born-and-bred Salisburian has been shaken at the core.

I stated my opinion on “Fame” previously and I’ll refresh a few memories on it now. As a multi-racial citizen of this community I tried to understand both sides of the Fame debate. I was honest when I said I never felt offended by it. I wasn’t then, and I am not now. Growing up seeing her let me know where I was. I was home. The sight of “Fame” made me happy.

She was beautiful. As a child, the sight of this angel made me feel safe. I never knew as an innocent kid what she represented. When I learned what she stood for, I was still not angry or offended. It was part of a history that wasn’t great for African-Americans. I accept the fact that more than 100 years ago she was placed there for different reasons. I understand why the descendants of those who placed her are angry and upset that she has been removed. Many feel history is being erased. But that is impossible. It is there and it’ll never be forgotten. Books, family lore, documentaries and movies keep history alive, even as far back as the dinosaurs. 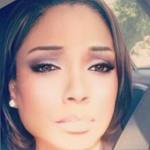 “Fame” has not been destroyed as many statues have been. She will be relocated to an area of a cemetery where the fallen soldiers she represents are resting in eternal peace. She was dedicated in their honor. So now she’s there with them. She is safe. Those who want to see her can visit her there.

I also understand why minorities are offended and hurt by her presence. She represents the pain suffered in the South from their arrival on slave ships to Jim Crow and today — the pain of being judged and mistreated because of the color of your skin and nothing more. It is a deep pain that those who haven’t endured racism in one way or another can’t understand. Because you can’t understand doesn’t mean you can’t empathize.

It’s so easy to be angry and hurt others with harsh cruel words, but it can be easier to see through others eyes why they feel the way they do.

Everyone is entitled to their feelings and opinions. Expressions make them right or wrong, good or bad. I don’t hate anyone and refuse to, especially based on things as shallow as race, sex, ethnicity, sexual orientation and others because we, human beings, are much deeper than that. I know that, when the gates of heaven open up for me, I won’t have a strike against me for hating my fellow man for any of the reasons I mentioned.

The Bible says judge not! But that’s all we’re seeing. I know there are people out there (of all races) who will look at me and judge me because I’m mixed race. But I won’t hate you for it. I will pray you look at me and see the person I am on the inside. Those who know me know who that person is.

“Fame” has been taken from her place, and it won’t change. What can change is how we all choose to deal with that fact. If we want to unify and do what’s right in the eyes of God, let’s get together as a family and a community and place something there that signifies togetherness, unity and understanding.

I know what our community truly is about. And there is more good than bad, even though we’ve seen a lot of the bad lately.

I didn’t write this for folks to respond with rhetoric or anger. Please don’t make it that. For once can we speak as adults? Our kids and grandkids are listening. I choose the positive. I choose good. It is so much easier and it feels right. It feels good. God bless you all and our city.

Letter: City, county should have contest for Fame replacement