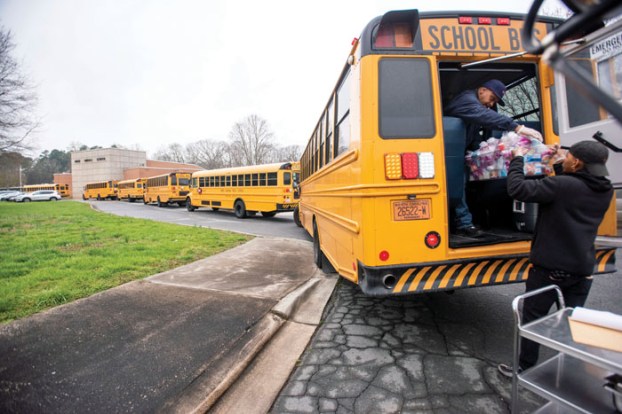 UPDATED: Rowan-Salisbury Schools will use two-group model for classes

Rowan-Salisbury Schools Superintendent Lynn Moody said the district is ready to enact Cooper’s recommendation, which has been known as plan B, and has a proposed schedule already. Moody said parents should expect schedule assignments for students by next week and pointed to its all-virtual options, which will be based at Horizons Unlimited. The district will use a two-group model outlined during Monday’s Board of Education meeting. Group A will learn face-to-face Monday and Tuesday while group B will learn face-to-face Thursday and Friday. Wednesday will be all-virtual learning.

RSS has been developing contingency planning for reopening situations for the previous few weeks. All districts are required to be able to return students to virtual learning if need be. While the shift was due to an emergency in March, RSS already has devices distributed to all students.

Multiple RSS administrators, though, have described plan B as the most logistically challenging option and noted the difficulty some parents will face finding appropriate child care for the additional days students are home. Moody on Tuesday said this is still the most difficult option, but she felt relieved the decision was not delayed again and that the governor made a call.

District Nutrition Director Lisa Altmann said she is confident all children will eat free when they return to school due to waivers granted by the state and the U.S. Department of Agriculture. Feeding all students for free is a dream for Altmann, and she said while plan B is the most challenging, her department focused on its planning on it for that reason.

Altmann said meals served at schools, whether they are delivered to classrooms or not, should be easy for staff compared the the tens of thousands of meals they have been delivering via buses during the week.

Shelf-stable meals will be given to students to take home on their days off, and virtual-only students will be able to pick up meals. Altmann said the department wants to explore some innovative packaging, pending board approval, that would allow meals to be delivered hot so students would be able to enjoy favorites like chicken pot pie even if they can not attend school in person.

The state, meanwhile, will provide all faculty, staff and students with five cloth masks for Monday through Friday and face coverings will be required for every teacher, staff member and student from kindergarten through high school. Additional sanitation measures, social distancing and hand sanitizer placed throughout schools will also be required. Cooper said schools must also create a way to isolate students who have symptoms and ensure they can get home safely. Nonessential visitors and activities involving outside organizations will be limited, Cooper said.

During the Tuesday’s announcement, Cooper and N.C. Department of Health and Human Services Director Dr. Mandy Cohen pointed to the social, health and education benefits of in-person instruction and recommendations by national organizations to return students to classrooms.

Districts can still return to virtual learning alone if they choose, but RSS does not plan to do so. It has, however, created a virtual K-8 that will be based at Horizons Unlimited for which there are more than 1,000 applications. East Rowan High School operates a virtual academy for those in grades nine through 12.

The North Carolina High School Athletic Association released a statement from Commissioner Que Tucker saying Cooper’s announcement puts the NCHSAA in a position to make informed decisions concerning resuming competition and the association will work with a number of groups to create a plan best for the safety of everyone the association represents.

State Superintendent Mark Johnson released a statement saying he would have preferred a plan that would allow more local control.

By Natalie Anderson natalie.anderson@salisburypost.com SALISBURY — With the Republican National Convention a little more than a month away, the North... read more