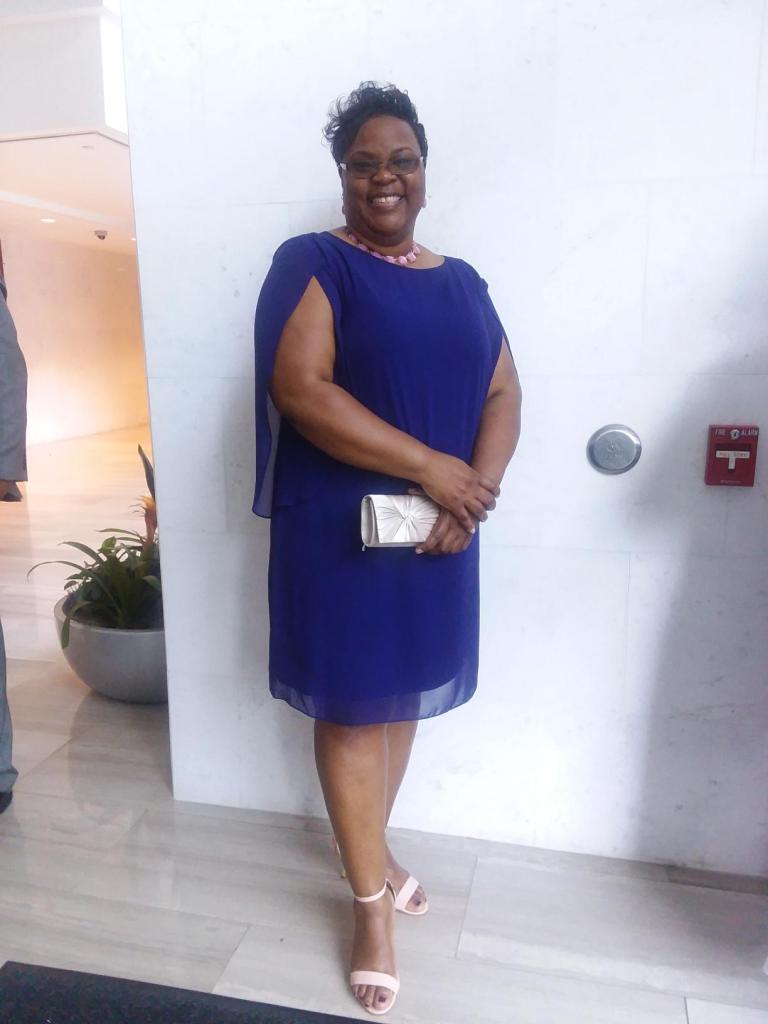 SALISBURY – Marae Reid loves to run into her former students working in the community.

A student who she taught in kindergarten is now a Salisbury police officer. And when she ran into him recently, he looked mostly the same, just bigger.

Reid recently received a promotion and went from assistant principal at Overton to principal after an appointment during the last Rowan-Salisbury Schools Board of Education meeting on June 29. Reid has been an assistant principal with the district since 2007. She moved to North Carolina from Pennsylvania and started her career with RSS as a teacher assistant in 1995 before moving to Winston-Salem for a classroom teaching position. She found her way back to RSS 1999.

She was awarded her bachelor’s degree from Bloomsberg University in Bloomsberg, Pa., and went on to earn master’s degrees in education and school administration from Catawba College and the University of North Carolina at Charlotte, respectively. Reid lives in Salisbury with her son, Kendall.

When she started college, Reid says she didn’t know what she wanted to do. But something clicked when she was invited to do some observation at an elementary school. She liked it, and she went in for more.

She has spent time at several schools with the district over the year, including the last four at Overton. She wants to expand the science, engineering, technology and math program at the school to where it is recognized at the state level. She also wants to build connections with families to better support students’ social and emotional learning.

“Overall, I want it to be a positive environment for our staff to provide quality education for our students,” Reid said, adding the staff has a strong commitment to meet the needs of students.

Reid said she sees the proposed K-8 consolidation project for Knox Middle School and Overton as a positive that would allow the schools to better serve students.

The culture at the school has settled during the previous few years and there is an open door policy to provide support for students and staff alike, she said.

Facing the possibility of returning to virtual learning next year could pose challenges for families. And Reid said the best way for the school to help meet the needs of families is for them to stay in contact with the school.

“We will not know how to best support you if we do not hear from you,” Reid said. “We are in the best position to carry this out because we do have the devices and we are seeking ways to connect more families to the internet, but first and foremost we have to know the needs of the family.”

After getting over the initial shock from the pandemic, she said, Overton looked to educate parents on some of the things students were doing in class and some families may not be technology savvy.

The district has created instructional videos for parents and guardians, and has a help desk which actively responds to issues. People can also still call the school and voicemails will be sent to school staff via email so they can be aware and respond.

“Even though we are not physically in the building, we are still in reach,” Reid said, adding the sacrifice has been great for everyone involved, and everyone is trying to figure out an unprecedented situation.

In her free time, Reid enjoys spending time with her family and friends in her free time. She is a dedicated Philadelphia Eagles fan. Kendall played football at North Rowan High School and is a recent graduate.