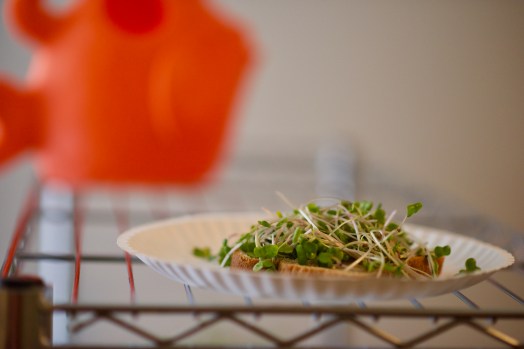 Carl Blankenship/Salisbury Post - The sprouts are good additions to sandwiches or mixed into salads. 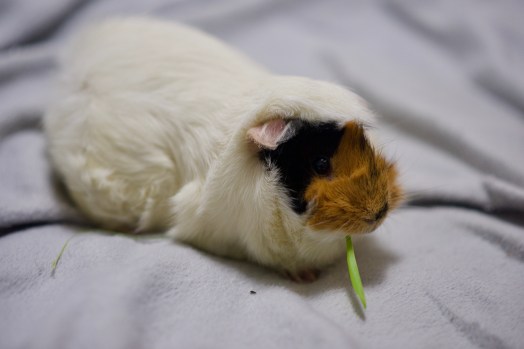 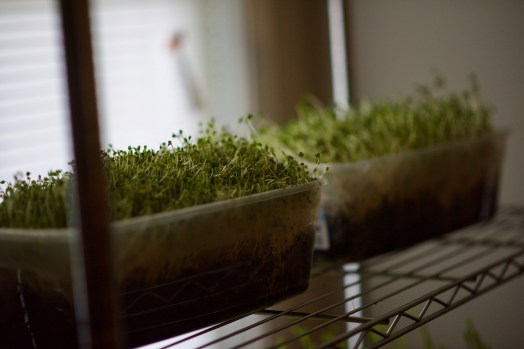 Carl Blankenship/Salisbury Post - I now have a shelving unit which allows me to have as many sprouts as I can eat getting the small dose of sun they need to get ready for harvest. These were over-planted, and more sprouts sprung up overnight after they were first harvested.

One of two windows in my apartment is becoming a torrential sprout factory. Born out of boredom, a bit of inspiration and the desire to work some tasty produce into my life, I have gone as far as purchasing an adjustable shelving unit to plant in front of the aforementioned window.

I first heard about growing your own sprouts via a YouTube channel I watch that focuses on Guinea pig care and rescue. I was already looking for interesting ways to work more vegetables into my diet, and I am always a fan of feeding vegetables to my own pair of guinea pigs.

I have been growing mixtures of radish, broccoli, alfalfa and clover sprouts via sprouting seed mixes intended specifically for this I purchased online. They were expensive, but cost effective for the amount of sprouts each one-pound bag can yield. I also experimented with a mix of peas, beans, Swiss chard and broccoli, but I ran into an issue I will discuss later.

So far, what I have grown has been delicious. Both the spicy radish mix and the mild one with clover have been great on sandwiches and mixed in salads with other greens. I am just scratching the surface of what you can do with these, but fresh sprouts add a lot to a simple meal.

I substitute lettuce on sandwiches with sprouts. My issue with lettuce is a fluffy green leaf can take over the texture of the sandwich. The sprouts add fresh greens to the mix without the same issue.

The flavor varieties are great. The sprouts taste almost exactly like the vegetables they would grow into. Radish sprouts have a bit of kick like you would expect from the real deal and are great on a sandwich with a bit of dijon. The mild mix of broccoli, alfalfa and clover have a nutty flavor that complements a spring green salad with some halved cherry tomatoes and balsamic vinaigrette for some acidity.

I’ve been so taken by the flavor of sprouts I have not wanted to branch out beyond the basics. I have been enjoying them cut fresh and presented humbly. That may change because I began experimenting with planting plain popcorn. The sprouts are pretty, but they are saccharine. It was shocking how sweet they were when I tried them and I will have to get creative with them. My guinea pigs, Spork and Susan, appreciate all types of sprouts.

The most compelling thing about growing these is you can’t get this stuff elsewhere. Gardeners are familiar with the variety of vegetables to grow you just do not see on grocery store shelves, and sprouts are no exception. These tasty morsels may feel at home as an ingredient at a fancy cafe, but you can grow them at home for pennies at any time of year.

A well-known method of growing sprouts is to use a hydroponic rinsing method in a mason jar, but I am growing them in containers based on the method laid out in Peter Burke’s tome “Year-Round Indoor Salad Gardening,” and I would recommend the book if you want to get into this.

I am not not qualified to make carte-blanche statements about gardening, but people generally seem to have better results with the container method along with a lower risk of food-borne illness.

The mix needs to not be flower-specific. An easy way to tell if a container mix is intended for vegetables is if there are some on the bag. You will also want some compost, which can be purchased commercially as well.

You want planters with no drainage. Burke recommends disposable aluminum bread pans. I went with shoebox-sized plastic containers manufactured by Sterilite. My intention was to use the boxes as economical planters that would last longer than disposable bread pans, but they are deeper than bread pans and I found it seems excessive to fill them to the brim as their tapered design uses a significant amount of soil to reach the top.

This can create some issues when harvesting the sprouts because it is difficult to reach their full length, and while I did not hurt the sprouts with the amount of water I gave them, the root cakes on what I have grown so far did not want to hold together as one piece. So I could not just remove the entire mass and cut them that way.

The seed you generally want to avoid is bulk bird seed and seeds you will find in small packets at garden stores. The bird seed will often be filled with odd debris and not necessarily treated in a way I would want to eat.

The small packets of seeds are inefficient. While they may give great results if you want to grow a few plants in your outdoor garden, they are not necessarily great for sprouting and the seeds are many times more expensive than buying seeds in any large quantity.

I am considering buying commercial seed in the future, and I will be experimenting with planting more than just popcorn, but the non-GMO plain kernels I purchased from the food aisle of a local grocery store were only about $2 for two pounds, and that will yield a lot of food.

I recommend using a tarp if you are planting indoors. It will keep you from getting soil on the floor or carpet, saving you cleanup time. The only garden tools you will need are a trowel and a small watering can, but if you are going for a rustic farmer hand aesthetic you could just shove them into the soil and get it out that way.

A goldfish watering can is not technically required, but recommended for best results.

Carl Blankenship is the Salisbury Post’s education reporter. Email him at carl.blankenship@salisburypost.com.