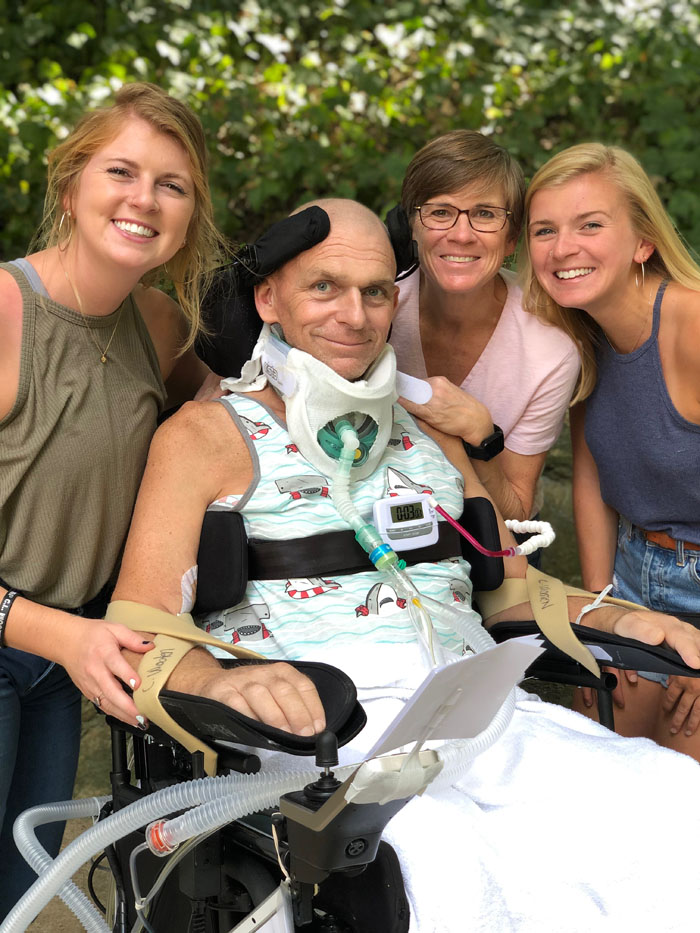 A young swimmer’s idea to do something for his uncle who was injured in a motorcycle accident has transformed into a 24-hour, 30-mile swim, with a goal  to raise $30,000 for Shepherd Center Patient Assistance Fund. The fund provides financial assistance to patients with spinal cord injury for medical goods, prescriptions and other related services.

On July 22, 2019, North Carolina State Trooper, Chris Wooten was in a terrible accident. Hit and thrown from his motorcycle, he was left fighting for his life. He was transported to Carolinas Medical Center with a spinal cord injury.

After gaining enough strength, Wooten was transported to the Shepherd Center in Atlanta, where he would spend more than six months recovering, with his wife Sharon by his side.

Wooten’s near-fatal accident and his path to recovery have affected many lives, especially his family.

“Everything changed in an instant” recalled his brother-in-law, Michael Sever. “The magnitude of the life-changing impact is incomprehensible until it’s thrust upon you.” 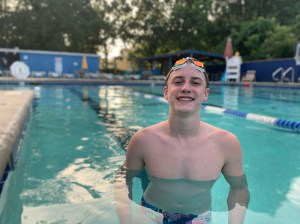 “A couple of weeks ago, he came to me with an idea to swim for 24 hours — like an ultra swim-a-thon,” said Michael.

Cooper was named Co-Swimmer of the Year with his Carson teammate Cole Dixon this year. Though no stranger to swimming, going for 24 hours will be especially challenging.

More information and ways to donates can be found at: