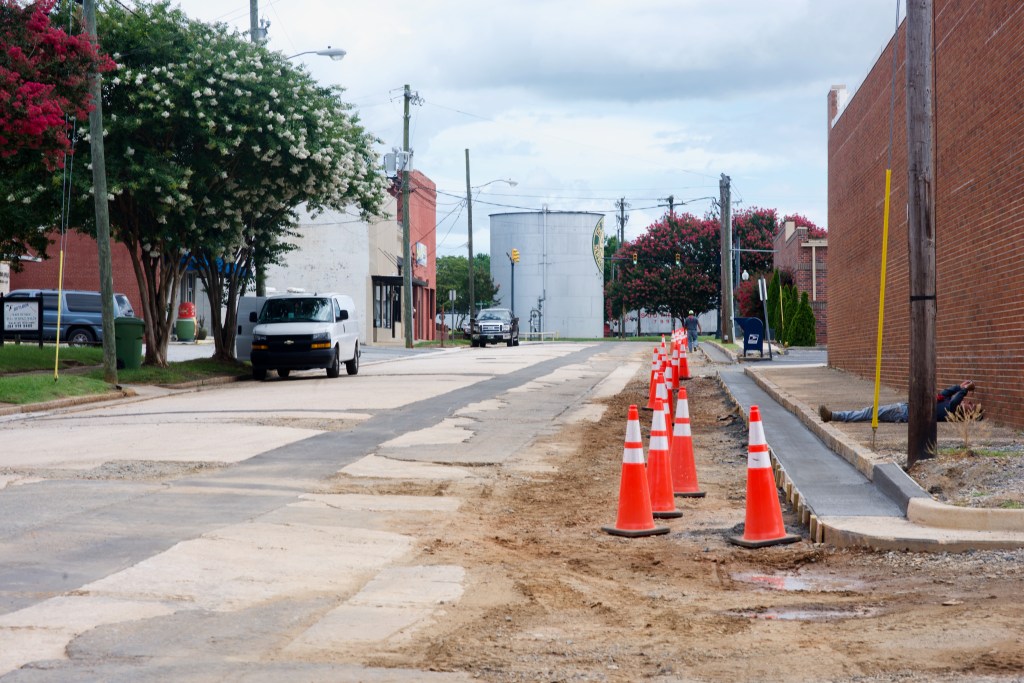 Carl Blankenship/Salisbury Post - Fourth Street on Thursday afternoon. Paving workers have been there since last Friday.

SPENCER — More than two years in, the infamous Fourth Street project may be on the verge of wrapping up.

Spencer Public Works Director Joel Taylor said the project’s original scope was to improve stormwater management on the street by adding drainage. The street is old, and did not have infrastructure to drain water of the correctly. The flooding was limited to the street. The project was made possible by a combination of state and town funding.

Paving crews showed up Friday. The town had to wait on its paving contractor to be able to come to the site after a contractor for Salisbury-Rowan Utilities finished work on a water main. But the paving contractor waited about two years to come in and finish the project.

Mayor Jonathan Williams said contractor has spent the last week repairing old curbing, and the paving job and work from the N.C. Department of Transportation will hopefully be finished up by the end of next week.

Problems, Taylor said, date back to a contractor running into issues with a water main due to its age.

“The water main went really well to begin with,” Taylor said. “It was a very wet winter and spring, so they had a lot of weather-related delays.”

There were also delays because of how aged some of the infrastructure in the old neighborhood was. At that point, Taylor said, it was one delay after another that continued to stretch out the project.

Williams, a civil engineer who often works on these types of projects professionally, said Fourth Street should have been an 8 to 12 month project, but Salisbury Rowan Utilities saw an opportunity to replace the water main, which would improve the service connections for the residents in the area.

Williams said SRU just finished that work about a month ago after the storm drain project.

“As you can imagine, in an older town like Spencer there were lots of underground utilities and old abandoned pipe that nobody knew about,” Williams said, adding the old utility infrastructure was not on existing surveys and working around those issues was tedious.

The project has affected people living near the site with road closures, issues with road conditions and construction at the site. Taylor said residents have had to dodge the project area.

Even though residents are frustrated, Williams said, they have been understanding. Williams said the project was frustrating even before he was elected and commended Taylor for working through all of the issues with the project.

“Most of the people around are tickled to death that all their services were getting better, the drainage was getting taken care of,” Taylor said. “All in all I think it has been a great project, it just kind of stretched out longer than we expected.”