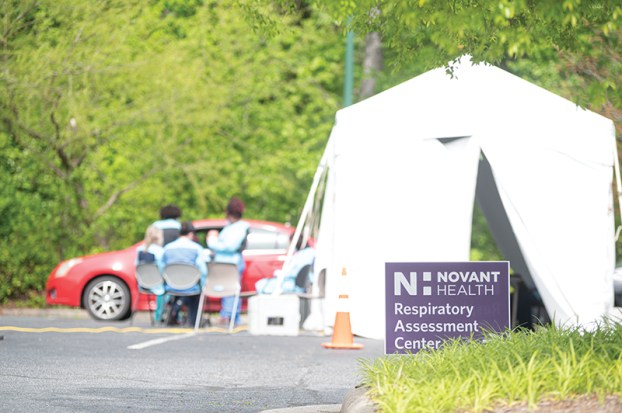 County has averaged more than 100 daily tests since mid-June

SALISBURY — As COVID-19 options have become more readily available in recent weeks, the seven-day rolling average of new tests in Rowan County is hovering in the 130s.

Positives are increasingly occurring among the youngest age brackets as positive cases among older ages have stagnated.

A plurality of cases — 451 — have now occurred among ages 18-35. That’s 15 cases more than Wednesday and 86 more than a week earlier. In large part because of the increase in that age bracket, the average age of positives is now 43.1.

Other age brackets are as follows

On Thursday, there were 45 deaths, a number unchanged from the day prior, and 17 people hospitalized, an increase of one. A total of 1,448 people have tested positive. With 1,109 recoveries, the county reported Thursday there were 294 active cases of COVID-19 — a number that has hovered in the same range as recoveries have come in double-digits in the previous week.

Rowan County’s number of active cases has increased slower than its southern neighbor, Cabarrus, which had 458 on Thursday.

The North Carolina Department of Health and Human Services now recommends that anyone who meets the following criteria be tested:

• Anyone with symptoms suggestive of COVID-19.
• Close contacts of known positives.
• Groups of people with higher risk exposure or higher risk of severe illness, including those who work in high-risk settings, from historically marginalized populations, those who are older than 65, live in a nursing home or have a health condition.
• People who have attended protests, rallies or mass gatherings that could have been exposed.

Local testing sites are as follows:

In other COVID-19 statistics for Rowan County
• About 51% of male residents and 49% of women have tested positive.
• Salisbury and the unincorporated areas of Rowan County are far outpacing any other area for number of cases. There are now 619 cases in unincorporated areas and 573 in Salisbury. Many of those positives have since recovered.
• Hispanic Rowan Countians continue to be disproportionately affected by COVID-19, representing 33.01% of positives and 9.4% of the overall population.