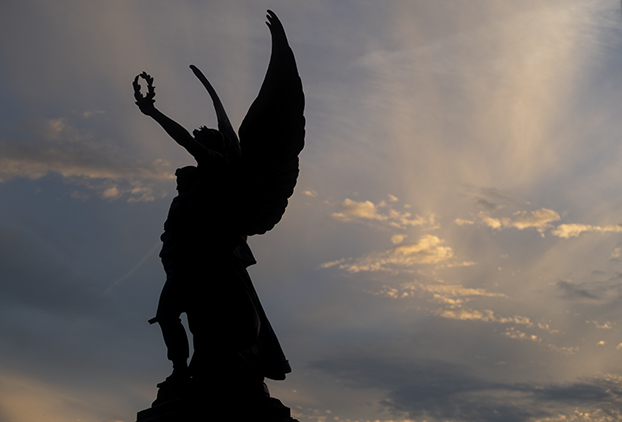 Josh Bergeron / Salisbury Post - The sun sets behind "Fame" on July 6 before it was removed from its position on West Innes Street that night.

SALISBURY — Streets will be closed at 9:30 p.m. in the core of downtown to move the Confederate statue “Fame” from its current location, according to city officials.

The city said the construction area will be off limits for pedestrians due to the safety of the work crews.

Main, Church and Jackson streets will be closed from Council to Fisher streets during the same period. Motorists should use available detours or seek other alternate routes.

Click on the map below for a larger view of the detour route. 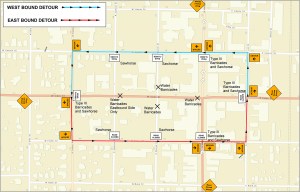 This map, provided by the city of Salisbury, shows detour routes.

The Salisbury City Council voted June 16 to move the Confederate statue by a unanimous count, citing public safety and recent incidents that included gunshots fired in the air during a peaceful protest and police using tear gas and riot gear to disperse protesters.