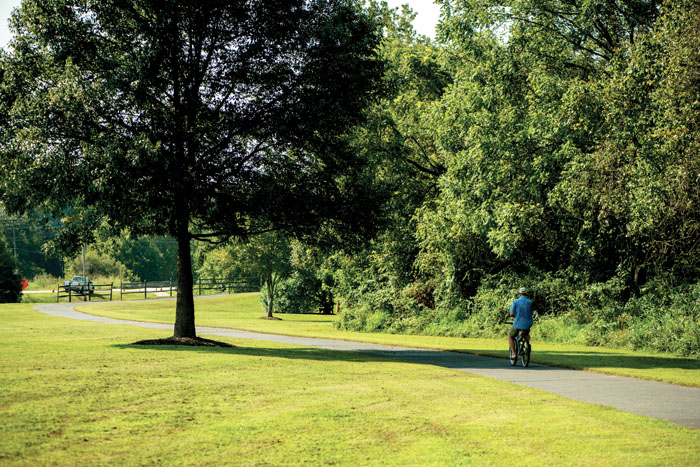 The MPO, which prioritizes local transportation projects for funding, chose the construction of a greenway totaling nearly 1 mile from the Meadowbrook neighborhood to Kelsey Scott Park as well as upgrading and and maintaining traffic signals in Salisbury.

The greenway project would be built adjacent to the Salisbury National Cemetery Annex and connect Kelsey Scott Park to an existing greenway that cuts a path behind Catawba College, through the Country Club Hills area and past Overton Elementary and Knox Middle School.

For the traffic signal project, the city says there have been no network equipment modifications or upgrades in Salisbury since the current system was installed six years ago.

“The system is in need of upgrades to the information technology boards, servers, for switches, traffic camera and management processing equipment, including Microsoft licensing,” the city’s project description says. “The system has exceeded end of useful life, and is at risk of equipment failure and inability to enable software upgrades.”

Traffic signals owned by the state and locally would be upgraded as part of the project.

If funding is granted, the projects would receive 80% of the total estimated cost of $4.53 million through the Surface Transportation Block Grant Program. The remaining 20% would be provided through a local match.

Next, the projects will be submitted to the N.C. Department of Transportation, which will prioritize them for funding in the 2020-2029 Transportation Improvement Program.

A similar project funded through the same mechanism was the $8 million Coach Deal Drive extension in Landis and China Grove.