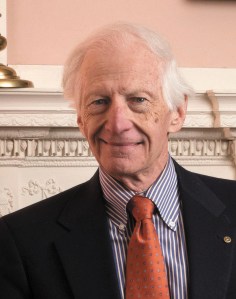 SALISBURY — After 48 straight years, Ed Clement, the principal founder of the historic Salisbury Foundation, plans to “retire” from its board of trustees when his current term ends today.

The decision means stepping back somewhat from his involvement while still working to be involved when possible. Clement says he’s not stepping back from trying to improve the quality of life in Salisbury.

“Even though my heart says otherwise, my mind, body and three demanding historic properties tell me clearly it is time to step off the committees and Board of Trustees of the foundation,” said Clement in a letter to Board President Susan Sides.

At the age of 87, Clement has dedicated more than 50 years of his life to local, state and national historic preservation efforts. He told the Post his decision is not one related to turbulent times in Salisbury or internal matters within the foundation.

“Serving this organization has been very fulfilling for me and for that I will be forever grateful,” Clement said.

Sides says there are few people in Salisbury who have truly changed the community. Clement is one of those.

“Any time the word historic is used to describe our town, homage is being paid to Edward. He made Salisbury historic,” Sides said.

The first meeting of the Historic Salisbury Foundation was April 12, 1972. Growing up in Salisbury, Clement saw far too many intact and functioning buildings fall to the wrecking ball simply because they were too old, too big or too inconvenient. When the Maxwell Chambers Trust announced that it intended to demolish the 1839 Salisbury Female Academy at 115 South Jackson Street, Clement changed from concerned citizen to active organizer. During his year as president of the Salisbury Rotary Club, Clement and his friends drafted the bylaws and articles of incorporation of a new organization that would do something about wanton demolition.

“It was obvious that an organization such as this was necessary, as Salisbury was losing its character, its historic houses, its historic buildings and neighborhoods,” Clement said.

He recalled a large crowd of people attending, enough to show that the cause had the community’s support and generate a “rapid fire group of preservation projects right off the bat.”

Three years after that first meeting, Clement represented North Carolina on the board of advisers of the National Trust for Historic Preservation. In 1988, after more than 15 years of negotiations, rallies, hearings, rescues, fundraisers, purchases, home tours and zoning changes, the National Trust presented him with the National Preservation Honor Award. One decade earlier, in 1978, the city of Salisbury added the word “historic” to city tax tags and welcomes signs in recognition of the foundation’s many successes.

During his tenure, Historic Salisbury Foundation purchased the Josephus Hall House, Grimes Mill, the Southern Railway Passenger Depot, the Fulton-Mock-Blackmer House, the Napoleon McCanless House and over 100 buildings threatened with demolition. Many of those purchases were enabled by the foundation’s revolving fund, a way to rescue, protect and then resell endangered properties. Fewer than 2% of the nation’s preservation organizations have such a fund.

“It is evident from the care taken with each property he restores that Ed not only believed in historic preservation, he practiced it and lived it,” said HSF Executive Director Sada Stewart.

It took him six years to restore the 1799 John Steele House, the oldest house in Salisbury.

For his leadership in keeping a hazardous waste incinerator out of Rowan County, Clement was named 1987 Newsmaker of the Year by the Salisbury Post. He protested that and all other honors, insisting “Everything I do is a ‘we.’ You don’t do anything as an ‘I.’” Asked to comment Monday about his “retirement” from the board of trustees, Clement said, “I don’t know that it’s very newsworthy.”

Salisbury Mayor, Karen Alexander said Clement is the icon of historic preservation for the city of Salisbury and beyond.

“His strong and unrelenting advocacy for historic preservation is why Ed Clement and Salisbury is nationally known,” Alexander said. “I congratulate Mr. Ed Clement on his almost half a century of tireless work on saving our historic homes and neighborhoods of every size and historic representation.”

Salisbury would have lost its unique look and personality as well as its neighborhoods if it were not for Ed Clement, the Historic Salisbury Foundation said in a news release.

The results of his tireless efforts to preserve, protect and revitalize the historic fabric of our community now define Salisbury,” the foundation said.

The foundation recently published a history of its almost half-century of preservation work. The book, Beyond the Hedges, was dedicated to Clement. The title refers to his insistence that preservationists venture beyond the hedges that surround a community’s treasured landmarks. They must be concerned with the neighborhoods in which the landmarks exist because if a community loses a neighborhood, they will soon lose the landmark as well.

For more information on the mission and work of Historic Salisbury Foundation, visit the website historicsalisbury.org. The telephone number is 704-635-0103. The foundation is housed in Salisbury Station at 215 Depot St. 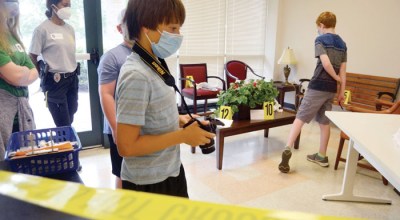