SALISBURY — Tracey Jackson has been a nurse for about 30 years, but a recent conversation turned him and a co-worker into entrepreneurs, too. 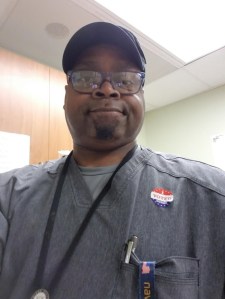 Jackson, who worked as a medic in the U.S. Navy before entering the civilian workforce, recalls coming out of a patient’s room and immediately seeing fellow nurse Patti Laughlin Fogt. The nature of being a nurse means washing your hands frequently, and that cleanliness was starting to take its toll.

“I just said to her, ‘My hands feel like they’re going to rip open,’ ” Jackson recalled. 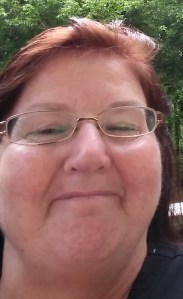 Fogt’s response was to ask about creating a natural hand sanitizer that would also moisten their hands. It wouldn’t be much longer before Fogt got to work creating the first batch and Tickety Boo Natural Hand Sanitizer was born. A main ingredient is tea tree oil, which has a history of being used as a traditional medicine for cuts and wounds and is feature in a variety of skin products.

The National Center for Complementary and Integrative Health, located within the U.S. government’s National Institutes of Health, says that a small amount of research has been done on the topical use of tea tree oil and that a limited amount of research says it might be helpful for acne, nail fungus and athlete’s foot. It should not be consumed.

The first batch of Tickety Boo, named for an old English phrase that everything is OK, was made by Patti after she researched natural hand sanitizers. Naturally, family, friends and co-workers were some of the first to try it.

“We had to have this work because we work in the hospital, in the medical field, and we’re not sure what germs are coming at us,” Fogt said.

Currently, Fogt makes the product in her garage, and she gets some help from friends in bottling it. Jackson does the same in his kitchen. If the business grows further, Fogt says she’s gotten a commitment from church friends to help bottle the product.

And while the hand sanitizer was mostly created out of necessity, they’re selling it at some stores, too. The COVID-19 pandemic, though, means it’s harder than usual to get into stores. Currently, their hand sanitizer is sold at Mean Mug Coffee Company in Salisbury, Still Point Healing Arts in Salisbury and The Farm Market in Lexington, where Jackson lives. They’ve got their eyes on bigger stores such as Food Lion.

The nurses turned entrepreneurs started work on their hand sanitizer before COVID-19 came to the area, too, and say it’s a particularly relevant product now. For more information or to contact Fogt or Jackson, email ticketybooproducts@gmail.com.