Darrell Blackwelder: Mud daubers build their nests in the summer 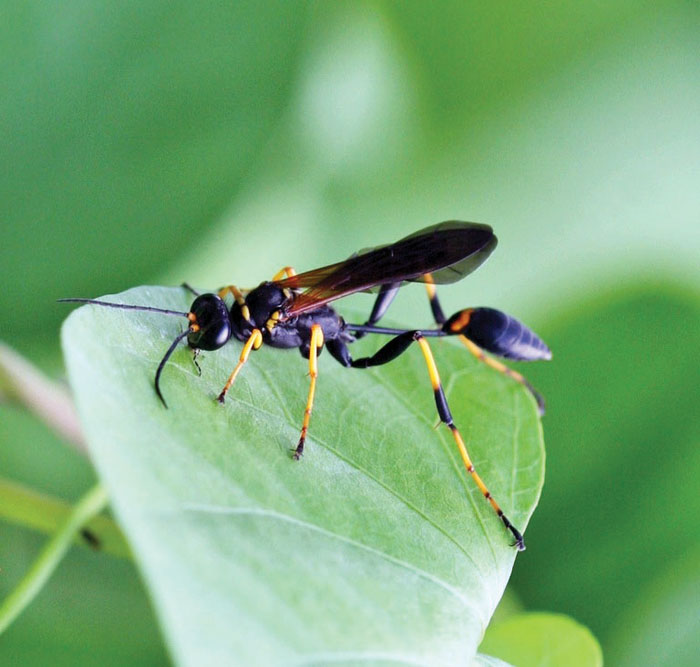 Mud dauber. IPM Images from the University of Georgia. 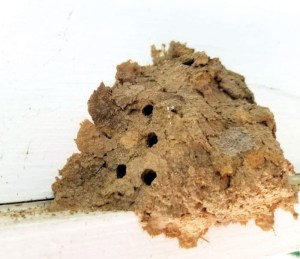 If you live anywhere near water — a lake, pond, or creek — you’re probably going to have cylinders of mud pipes from mud daubers decorating the outside of your home. We’ve found them under the eaves of our house, under patio umbrellas — even in our car doors. Mud daubers, also known as dirt daubers or mud wasps, are frantically building nests during the summer season.

These are solitary, predatory wasps and like most wasps feed on nectar but also actively hunt small spiders, including black widows, for their young. As the nests are being built, females cram as many very small spiders as possible, up to a dozen victims, in each cell. The spiders found in the cells ironically are not dead, but are paralyzed from a sting as a ready food source for their young hatchlings. The wasps lay one egg per cell on these spiders and then carefully seal the mud pipes. There are often several pipes attached like condominiums for their brood.

Mud daubers look ferocious; however, they are not aggressive and rarely sting unlike paper wasps or yellow jackets. Only the female mud dauber has the ability to sting. Mud daubers have problems with other parasitic wasps as they often pirate captured spiders and offspring as food for their young.