Photos: City crew covers base of ‘Fame’ with plastic 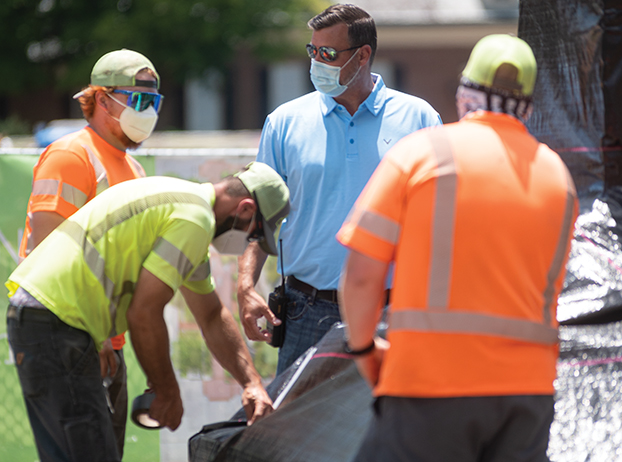 Josh Bergeron / Salisbury Post - A crew from the city of Salisbury’s Public Works Department used transparent and black plastice to cover the base of “Fame” on Friday to repvent any further vandalism to the base. Some chalk had been used to write on it.

A crew from the city of Salisbury on Friday used transparent and black plastic to cover the base of “Fame.”

The intersection of Innes and Church streets features chalk writings on the sidewalk. Black Lives Matter had been written in chalk on the base of the monument. 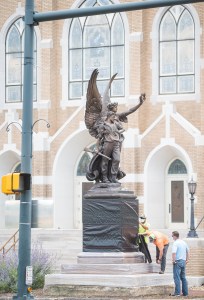 Crews work to cover the top part of the base, with inscriptions, as clear plastic covers the remainder of the base.

Powers said the work Friday was not in preparation to move the monument and that there’s been no date finalized to do so. 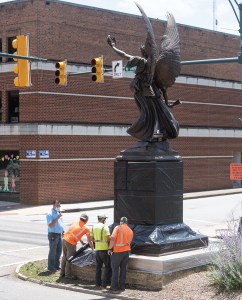 The crew nears the end of base-covering work.

The city of Salisbury and the Robert F. Hoke Chapter of the United Daughters of the Confederacy have both signed an agreement that would move the monument to a cemetery with Confederate gravestones on North Lee Street. The city of Salisbury will pay for the relocation. The Historic Salisbury Foundation is overseeing funds raised by the public for improvements to the site where the monument will sit, including a wrought iron fence and security items.