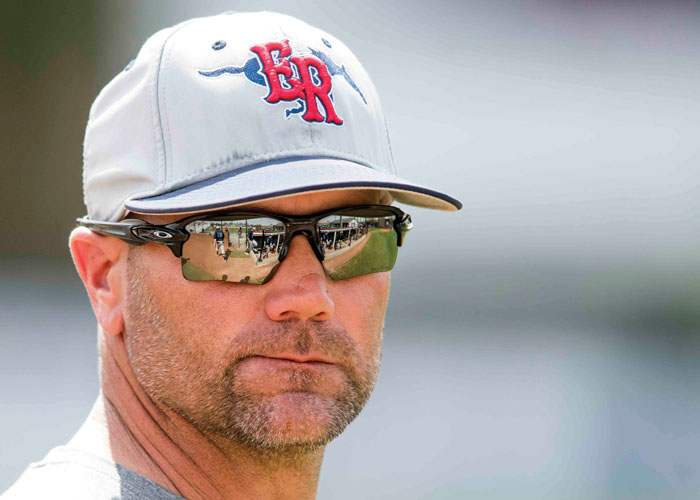 GRANITE QUARRY – Brian Hightower, a longtime baseball coach, is planning a run for the  East Rowan area seat on the county Board of Education.

Incumbent Josh Wagner says he’s not seeking reelection to the seat next year.

The 49-year-old Hightower, who was the East Rowan coach for years, has stayed involved with local baseball, coaching for Carolina Rockies and as a supporter of Area 3 Legion Baseball. He began posting public videos on his Facebook page last week outlining his run. School board filing officially opens July 17 at noon and ends August 14 at noon. Candidates will appear on the November ballot.

Hightower now teachers at East Iredell Elementary School after controversially being suspended and forced to resign from East Rowan High School last year after a 15-year run as the school’s head baseball coach. A video of Hightower ranting after a loss to Carson High School with some expletives peppered in paved the way for his eventual resignation. There was widespread community support for Hightower in the days leading to his departure.

Hightower still lives in Granite Quarry and he said he decided to run because taking action is the way his voice can be heard.

Hightower says his main concerns are accountability for students, valuing the input of teachers on issues like planning periods, software implementation and empowering educators.

“I think a lot of times RSS asks for teachers’ opinions, but I think they do it just so they can say that they’re asking,” Hightower said.

Hightower said he is not running out of bitterness for losing his job, but he feels people should get involved if they’re going to complain about the status quo. He feels good about his chances.

“This is how I’m getting involved,” he said, adding he does not want to blast people and wants to do things the right way.

Hightower said running for school board is the only way he can get involved with the district again because he’s not able to come back and teach in the county.

“There is nothing more I miss than East Rowan High School,” Hightower said. “I loved that job. There’s two reasons I am not coaching high school baseball anymore. One is because I just couldn’t imagine myself coaching anywhere other than East Rowan because I love the school and I love the community. They’ve always supported me, and I still have huge support in this county even though I’m not even there anymore.”

The other reason, he said, is that his son will be a freshman in high school and wants to play baseball under coach Brett Hatley, of whom Hightower speaks highly.

Hightower says he wants to give constituents a layman’s point-of-view on how education is working in Rowan County. He wants to actively speak to constituents about what the board is doing via social media and what board actions mean.

Hightower said he has the time to invest in the board because he used to spend about 40 to 50 hours a week coaching.

“I don’t sleep a whole lot,” Hightower said, adding he is one of the hardest working people around.

Hightower said there are positive and negatives to district-wide renewal, and he wants to push forward with a common sense approach.

“I think sometimes we get people that are too educated and not really invested in what is going on in the classroom,”

Hightower said he thinks leadership needs to not be worried about validating their jobs and instead give power to the people who are in classrooms. He compared good leaders to good umpires.

“A really good umpire is never viewed in the game,” Hightower said, adding a good central office should never be talked about because they should be putting power in the hands of people in the schools.

He said he does not feel the district is headed in the right direction overall.