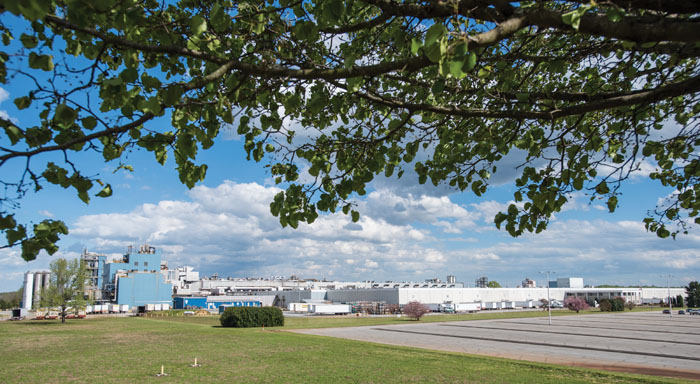 SALISBURY — During a special meeting on Monday, Rowan County commissioners approved a request to modify text amendments within the county’s zoning ordinance to remain competitive for a business looking to set up shop in Salisbury.

A pharmaceutical company is eyeing the former DuraFiber Technologies plant, which permanently closed in 2017 and was located on Statesville Boulevard. The company would initially manufacture and distribute hand sanitizer and hire 70 people before transitioning to making pharmaceutical products and hiring more individuals over time.

Rowan Economic Development Commission Vice President Scott Shelton said June 8 that the initial capital investment from the company is estimated at $100 million. He added that the Salisbury location is one of multiple other sites across the state that is being considered. Commissioners chairman Greg Edds said the county needed to modify its current zoning table of uses immediately to remain competitive in its bid to land the company.

“I personally want to thank (Planning Board director) Ed Muire and Shane Stewart for the good work that they’ve done on this to keep us in this fight,” Edds said during the special meeting. “Had we not gotten to tonight, then we would’ve been eliminated.”

Edds thanked the entire Planning Department as well and added that this process normally takes several months to complete.

The proposed operations for the pharmaceutical company indicate the use of plastic resin pellets and similar materials to create various forms of packaging and bottling for the products. But according to the Standard Industrial Classification, which is used to categorize business activity in the table of uses in the county’s zoning ordinance, these particular proposed operations have to be grouped into current manufacturing sectors. Those two sectors include “SIC 283: Drugs” and “SIC 284: Soap, Detergents and Cleaning Preparations; Perfumes, Cosmetics and other Toilet Preparations.” Both classifications require a conditional use permit and compliance with eight specific table of uses.

Though the proposal for such zoning modifications arose following an interest from a company looking to utilize the former DuraFiber plant site, the approved changes will now apply for economic development projects related to Interstate 85 that are proposed in the Commercial, Business, Industrial districts of the county.

Essentially, the approved changes provide business opportunities with administrative approval in the drugs, soaps and detergents sectors while retaining the heavy impact standards for all other sectors.

Rowan EDC president and CEO Rod Crider said the county crossed a major hurdle with the commissioners’ vote on Monday. Now, the county is awaiting a response from the company. Shelton has estimated the company should make its final decision for its location within a month’s time.

“We’ve got our fingers crossed that something good comes out of this,” Edds said.