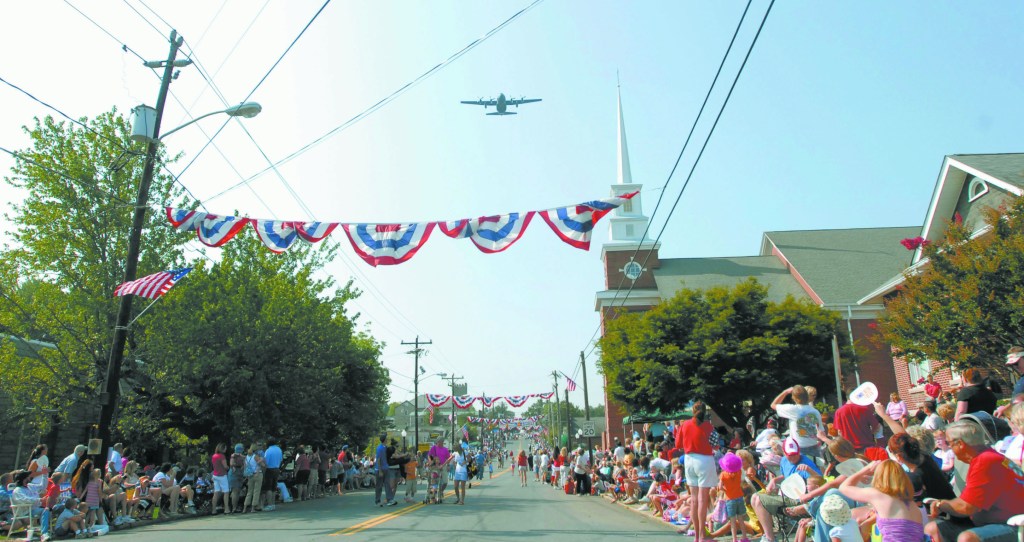 SALISBURY — Since the years following World War II, the town of Faith has hosted Fourth of July celebrations marked with patriotism and community. Normally, the lineup includes a long list.

In the past, it’s incorporated band performances, Miss Rowan County Veteran, rides, a parade, the “Faith Idol” competition and, among many other things, a watermelon eating contest.

This year, though, the traditional, annual celebration has been cancelled due to COVID-19 and statewide gathering restrictions that were extended this week. But there will still be some small festivities to mark the occasion. The events are not officially associated or being put on by the official Fourth of July committee, the town of Faith or any legion clubs, said Randall Barger, an organizer.

Some “friends of Faith Fourth of July” are simply hosting some activities, Barger said.

The traditional celebrations are usually hosted by four civic clubs, who use the money raised for charity and other work throughout the year. This year, the “friends of Faith Fourth of July” will sell food to benefit the same civic clubs — the Faith American Legion, the American Legion Auxillary, Civitan Club and Jaycees.

Vendors will be selling the usual barbecue and chicken at the food booths in Faith Legion Park from 11 a.m. to 2 p.m. on July 4.

“We figured that we could help out,” Barger said. “If (members of the public) want to make a donation to the clubs, they can do that, or if they want to come on by for food to eat. Any way that they can support us will help out.”

Barbecue will sold in sandwich form, on trays and by the pound.  Anyone wanting barbecue by the pound needs to pre-order it by Wednesday by calling 704-640-2326. There will also be barbecue chicken plates with baked beans, coleslaw and bread. Those need to be pre-ordered by Monday at 704-213-5967.

Picnic tables and green space in the park can allow people to social distance and eat their food in the park, or people are welcome to take their food with them to eat, Barger said.

A small patriotic ceremony and unveiling of a new brick wall is also being held that morning. In recent years, the stage in Faith has been a focal point of some ceremonies, such as Miss Rowan County Veteran being crowned and prizes being given out for different floats, Barger said. This year, a flag raising ceremony will be hosted in the morning at 10:30 a.m. at the stage in Faith. The national anthem will also be sung.

“We will have at least raised flags and showed our patriotism that Faith proudly puts out there every year,” Barger said.

The new Honor and Memorial wall will also be dedicated at that time. The brick wall, which was organized by the various clubs and Fourth of July committee, features engraved bricks in honor or memory or loved ones. It is also located by the stage.

Beyond the money raised for the civic clubs and patriotism, the Fourth of July is also usually a time of fellowship and celebration. The barbecue and chicken is a way for community members to have a small part of the traditional Faith observances of the holiday, Barger said. Usually, the food might even draw people from out of town.

“It’s just a way to keep it going for those that want to come by,” he said.

Barger said that he is looking forward to next year’s celebration as well, which will be the 75th anniversary of Faith’s official Fourth of July event.

Any members of the public who attend must follow social distancing and other guidelines related to COVID-19, he said, and those organizing events are following guidelines. Face coverings, such as masks, were made mandatory in public by Gov. Cooper on Wednesday. That requirement takes effect today at 5 p.m. 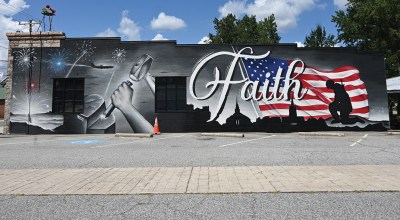