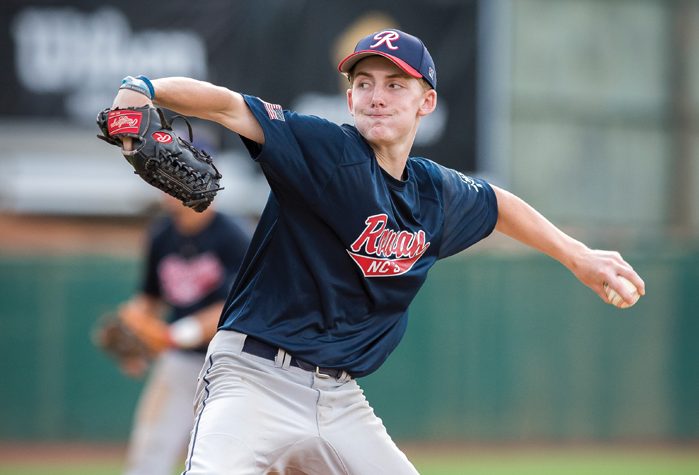 “We pitched it pretty well,” said Davidson coach Keaton Hawks, a former Catawba outfielder. “Rowan was just good hitting it with two outs — and even with two strikes.”

Only 25 fans were allowed in the park to watch Rowan cruise in the nine-inning. non-league contest that took nearly three hours to complete.

“They gave us extra chances, with errors on their part,” Rowan coach Jim Gantt said. “But you still have to put the ball in play and we did a good job of it. We came out swinging the bats.”

Those hurlers had the assistance of two double plays, a diving catch by left fielder Jordan Goodine and a charging catch by center fielder CP Pyle.

In the second inning, with two outs and the bases empty, Hales, Mize and Goodine got on base in front of Rogers’ booming double, and it was 6-0.

No. 9 batter Evan Yates smacked a Gouge fastball out of the park for the visitors in the third, but Rowan answered with a run-scoring hit by Klingler in the bottom of the inning.

Two Davidson errors allowed Rowan to expand its lead to 9-2 in the bottom of the fifth.

Goodine doubled to open the sixth, advanced to third on a flyball and scored on JT Fecteau’s sac fly for a 10-2 bulge.

Davidson (0-2) managed a run in the eighth with the help of two walks and an error.

Run-scoring doubles by Bryson Wagner and Caden Hudson — both entered the game in the seventh — accounted for Rowan’s last two runs.

Goodine’s diving catch on his belly came in left-center in the fifth and turned a potential problem into a harmless sacrifice fly off the bat of  Yates.

Pyle made his charging grab in the seventh.

Klingler and Goodine had three hits each for Rowan. Hales and Mize had two.