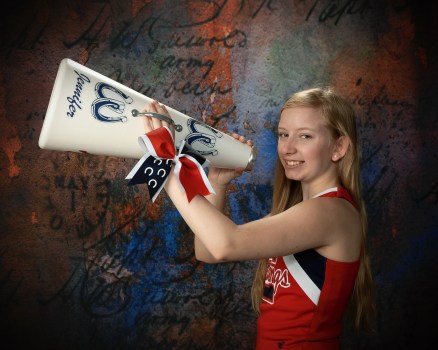 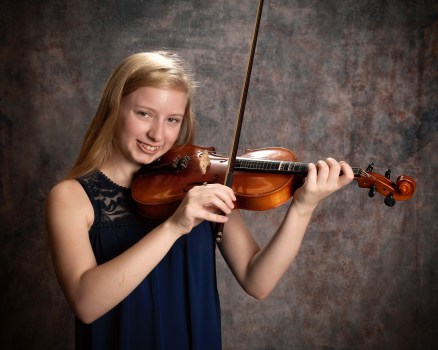 SALISBURY — Jennifer Lohmeyer will be finishing her bachelor’s degree around the same time most people would be starting college.

The 2020 East Rowan High School graduate was already ahead of the curve when she started school. The original plan for Lohmeyer was to attend Faith Elementary School. When she was prescreened for kindergarten, though, she passed that assessment with perfect reading and math scores. She was then given the assessment for second graders and aced that test as well.

She spent most of her education home-schooled by her grandmother or enrolled with virtual charter school N.C. Connections Academy after it opened in 2015. Lohmeyer’s mother, Jodie, said one of the reasons she was homeschooled was because of the age gap between her and other students in lower grades. She would have been 5 when most of her classmates would have been 7.

When she was the age of a typical high school student, she enrolled in East Rowan to complete her last two years. She also completed an associates degree through Rowan-Cabarrus Community College, putting her another two years ahead when compared to most students who plan on attending college.

“We are very proud of her and her hard work,” Jodie said. “We think that she has worked hard to be successful, but she has also had a very strong support group between mentors, family members and teachers who value education.”

Lohmeyer was accepted to Harvard University, and will be taking an online computer science course from the school, but she will attend Liberty University online to finish her bachelor’s degree.

She is still deciding what she wants to do and is split between computer science and veterinary medicine. She is already planning on attending graduate school. She is happy she is so far ahead.

She attributes her success to hard work and her support system. She also participated in competitive cheerleading outside of school, was a varsity cheerleader her senior year and played violin with Salisbury Symphony for a period.

Lohmeyer said she has always liked animals and that was her goal since she was 5, but did not expect to like her advanced placement computer science classes so much.

She found programming languages like Java and Python fun. She is also curious about cyber security.

Adkins said she was learning the course at the same time as the students, staying about a day ahead, and sometimes Lohmeyer would beat her to class in the morning to get extra help. She said Lohmeyer was a great student to have during her last two years as a teacher.

“Being the youngest she could hold her own with the seniors,” Adkins said.