High school basketball: From reserve to phenom in a hurry 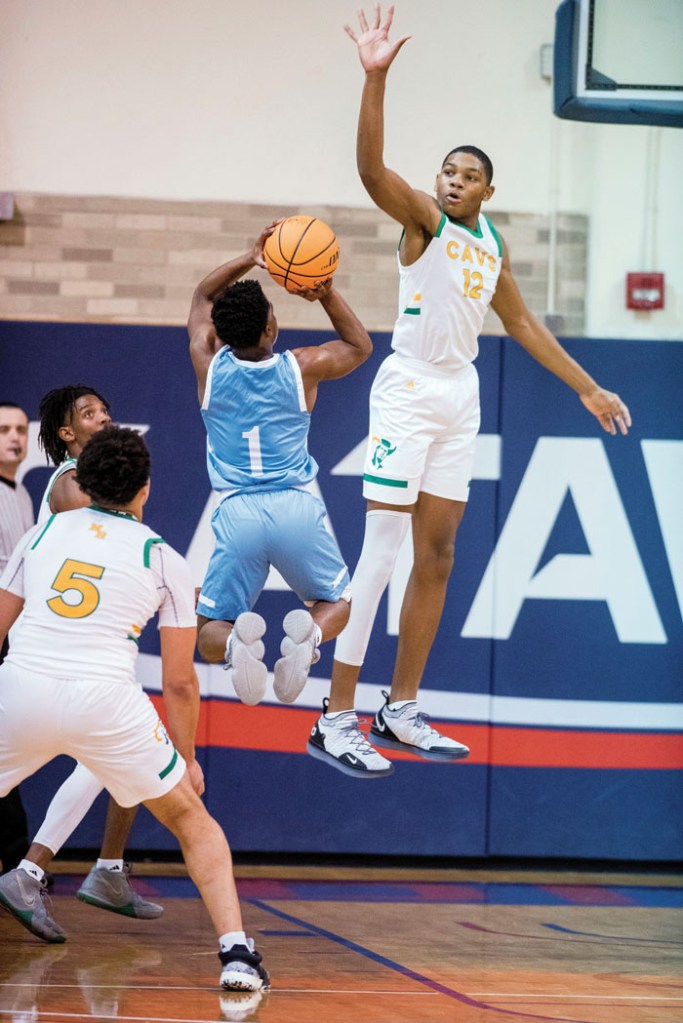 SPENCER — Brandon White, a 6-foot-10 rising junior who is getting a lot of recruiting attention, scored 30 as a North Rowan freshman.

Not in a game — for the season. 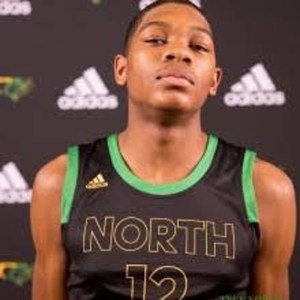 White mostly sat on the bench in 2018-19 for a veteran squad that went 28-3 with a 21-game winning streak and reached the Final Four in the 1A state playoffs.

White still benefited during that freshman year from competing against stronger, older, more experienced players in practice and working on fundamentals. When he did get into romps to mop up, he was surprisingly fluid. He didn’t lumber, he ran. His season high was six points, but he didn’t fumble passes, he caught them. He wasn’t a prisoner of gravity, he showed more than respectable elevation.

North head coach Jason Causby talked a lot about White prior to his sophomore season, the strides he’d made, the strength and pounds he’d added, the relentless offseason work ethic he’d displayed. White was a guy who clearlt didn’t want to be good, he aspired to be great.

Causby predicted a sophomore breakout for White — and got it. North returned only one starter, but went 22-8, shared the conference championship, prevailed in the Yadkin Valley Conference Tournament and won two playoff games. White was a major factor in North being able to reload, instead of having to rebuild.

White averaged 12.1 points, which sounds like modest production for a young giant playing in a 1A league, but there were quite a few blowouts where he sat down early.

The third game of the season, there was a 13 points-14 rebounds effort against a good South Stanly team in which White showed his potential. He had 15 and 12 when North won against West Rowan in overtime in the Dale’s Sporting Goods Christmas Classic. In January, White swatted like crazy and turned in  triple-double against North Stanly. He had a career-best 30 points and 14 rebounds against Albemarle. That was followed quickly by 23 and 14 against Uwharrie Charter.

Against the most talented squad North faced, a Moravian Prep team loaded with D-I and even NBA prospects, White managed 10 points (two dunks) and six rebounds.

The second-best team North saw was 1A co-championWinston-Salem Prep in the third round of the state playoffs. North got off to a bad start and lost, but White distinguished himself  with 15 points and 12 boards.

There were some strange games, as well, a reminder that White was a sophomore starting for the first time. He scored a meager three points in North’s surprising Christmas tournament loss to East Rowan and two points in a miserable home setback to Chatham Central. There was a game at South Davidson in which White got a technical foul in the first 90 seconds and Causby elected to use it as a teachable moment and sat him down the rest of the game. He scored zero points in that one, but in the rematch with South Davidson, White produced 22 points and 20 rebounds.

There was a whole lot more good than bad to White’s 2019-20 season. The bottom line was he rose from unusually tall reserve to All-YVC and first team All-Rowan County in the span of one season, and just about everyone agrees he hasn’t scratched the surface yet as far as what he might do.

White can run and jump and catch the ball on the move, in the post or off the glass, and when you can run and jump and have soft hands at 6-foot-10, the moon and the stars are the limit. He also handles the ball surprisingly well. He went through ballhandling drills with North’s guards. He can put it on the floor smoothly if he needs to. He scores with soft one-handers as well as layups and dunks. He’s aggressive and likes to dominate physically with boards and blocked shots.

Under normal conditions, White  would’ve wowed an army of coaches in AAU events in recent months, but this is the year of the coronavirus. Those tournaments and showcases were canceled, and that changed things. College coaches were unable to make their standard in-person evaluations of top prospects playing against other top prospects.

June 15 is annually one of the key dates for college basketball recruiting, as it’s the first day on which the NCAA allows coaches to directly contact rising juniors. White and Causby fielded a ton of phone calls on June 15. A lot more doors opened or at least potentially opened for White. There will be many more phone calls and texts from coaches in the days ahead.

Many more schools reached out on Monday to let White or Causby know they’re interested, although they haven’t necessarily offered yet.  Clemson, N.C. State and Pitt are among the schools on that list.

“Some schools reached out to Brandon that don’t put 100 offers out there,” Causby said. “There were some big ones.”

Causby hasn’t been able to have any real contact with the Cavaliers since March. He’s stayed connected with the team via group chats, phone calls and texts.

There’s always some concern that a player whose stock is rising as fast as White’s might get too big for a 1A school, but Causby doesn’t fret about it.

“I hope not and I don’t think so,” Causby said. “Brandon is a loyal kid, we have a good relationship, and he’s comfortable being at North Rowan. Most of the time when a recruit transfers, it’s to be seen by more schools and Brandon doesn’t have that problem. Schools know who he is.”

The presence on the roster of a hot recruit — White is rated as one of the top 10 in North Carolina in the Class of 2022 — could mean unusual scheduling opportunities for North.

North plans to headline a four-game jamboree at Catawba, where the Cavaliers will take on perennial 2A power Forest Hills. North also will compete in at least one showcase event in Charlotte.

He’s more driver than shooter at this point, but he’s very strong and physical for a guard.

Davie’s 6-foot point guard Zaharee Maddox missed his freshman season with injury, but showed so much talent as a sophomore that he’s already getting offers.

Maddox has offers from Penn State, DePaul and High Point.

Other schools that reached out to Maddox on Monday included Auburn, Appalachian State, Charlotte, Hampton and North Carolina A&T.

Rated as a three-star recruit, Hampton had more than 20 offers.