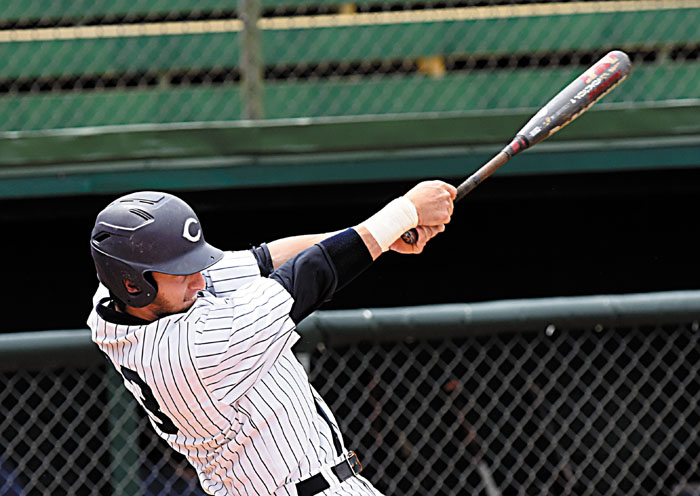 RICHFIELD — Former Catawba College catcher Zac Almond is 24 years old, old enough to realize his baseball dream might be over, but still young enough to maintain faith and hope. 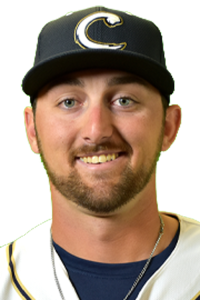 Drafted by the Arizona Diamondbacks in 2017, following a monumental junior season at Catawba, Almond signed. He was a 35th-round pick, the 1,042nd player chosen, so it was more about the opportunity to get his pro career started then it was about the bonus money.

Almost a month ago, on May 22, Almond got a call from the Diamondbacks informing him he’d been released. He’s a casualty of the coronavirus pandemic which has combined with planned contraction of the minor leagues by MLB to crush a lot of careers and dreams. Or at least detour them and put them on hold.

“Totally surprised when I got the call that I was released,” Almond said. “But it’s not like they’re just releasing late-round draft picks. They’re releasing some high picks too. I know quite a few guys who got released. Guys are getting released right and left. They’re even laying off coaches. It’s a pretty terrible time to be an athlete.”

Almond was still healing from a broken hand when he was drafted and didn’t set the world on fire in his 19-game pro debut in 2017, but he was really strong during a healthy 2018. He was a Pioneer League all-star who hit .345 with 13 homers in scenic Missoula, Mont.

A tall (6-3), strong-armed catcher with right-handed power to all fields, Almond seemed like a good bet to draw pro paychecks for a number of years. He came back down to earth in 2019 playing for Kane County (Ill.) in the Class A Midwest League, but even with a low batting average there was offensive production — 44 RBIs in 91 games, with 22 extra-base hits and 43 walks — and Almond always has been considered to be an asset defensively.

“I didn’t know for sure what was in store for this season, and I knew I probably would be going back to repeat low A ball at Kane County,” Almond said. “But it was a shock to get released. The Diamondbacks’ catching coordinator called me and was pretty upset about it, but I understand that everything in pro ball is a business decision. It’s something they believed they had to do, and I’m not mad at anyone. The Diamondbacks helped me a lot. They gave a guy who had a bat in his hands from the time he was 5 years old the chance to play professional baseball.”

Almond recalls his first conversation with Catawba and Rowan Legion head coach Jim Gantt. It was after a Legion game at Newman Park, and Almond had done some damage for the Stanly County squad.

“Coach Gantt wanted to know where I was going to school — he thought I probably was a senior,” Almond said. “But I was only a sophomore. He told me I’d have a place to play at Catawba if I ever wanted it.”

As a high school senior at North Stanly, Almond batted .443 with eight homers and 33 RBIs and made All-State. Then he headed to D-I UNC Greensboro.

“The dream was playing D-I, playing in the World Series in Omaha,” Almond said. “But it was a mistake. One of the few regrets I have in baseball is that I didn’t go to Catawba out of high school. I got a chance to play pro ball because of Coach Gantt and Catawba. Transferring to Catawba was the best thing I ever did.”

Almond only got 25 at-bats as a UNC Greensboro freshman.

He transferred to Catawba for the 2016 season and socked 13 homers while rotating in the outfield and behind the plate with All-American Will Albertson. Almond’s 49 hits plated 40 runs. He swatted a grand slam and drove in eight runs in a game against Mars Hill to tie the school record.

Then he had that huge first team All-South Atlantic Conference junior season in 2017. He had 17 homers, 61 RBIs in 53 games, a .364 batting average and a 20-game hitting streak. Defensively, he completely shut down running games.

Now, three years later, he’s out of baseball. He stays optimistic that it’s only temporary.

“Baseball is really all I know,” Almond said. “I understand the reality, that this may be it for me. I hope not, but if it is, I made a good run at it. I had some great experiences in pro ball.”

This is the first summer since he was 5 years old that Almond hasn’t been on a baseball field.

“There are still some things in the works, and my agent is contacting other teams,” Almond said. “I really want to get a chance to play with some organization in affiliated ball, but if there is only independent baseball this summer, then I would play with an independent team. There’s also a chance of playing winter ball out of the country, but with the virus, winter ball may not even be a thing.”

Almond is back home now, but he’s still working out, still hoping there’s a phone call from his agent with some good news.

There has to be some good news sometime.

“I do feel like I’ve got good years left in the game, and I’m not ready to move on from it just yet,” Almond said. “I’ll see what happens. I’ll stick with it baseball as long as I can. I’ll keep hoping that God will open a door for me.”