COVID-19 recoveries jump by more than 100 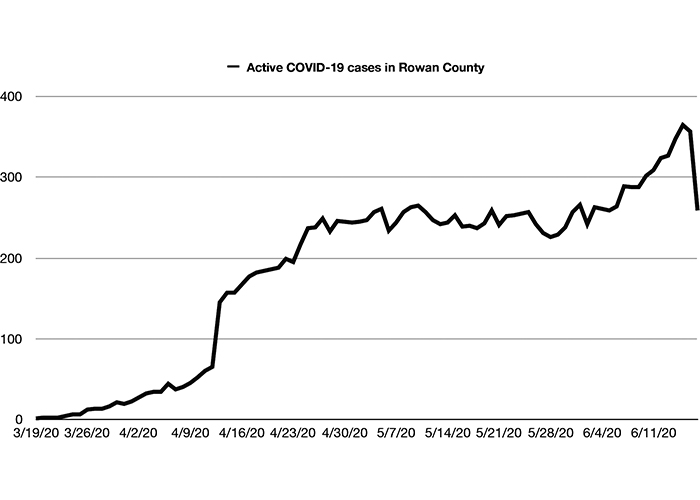 The number of active COVID-19 cases took a big dip Wednesday as more than 100 people were reported recovered.

SALISBURY — Recoveries from COVID-19 in the county leapt by 119 between Tuesday and Wednesday.

The increase is the largest number of recoveries reported since the county began tracking the statistic. The number of current positives plummeted from 357 to 259 as a result.

At this point about two-thirds of cases are counted as recovered. However, many of those who have survived the disease have been recovered for weeks or months.

Total cases on Wednesday increased from 929 to 950, marking yet another double-digit increase. A total of 81 patients have been hospitalized and 25 are currently hospitalized.. The number of deaths remained the same at 40. The average age of someone who tests positive is currently 46.1. There have been 5,101 tests given.

Total cases have continued to rise in June at an increasing rate. Salisbury has the largest number of cases at 446, with the county at large reporting an additional 356. Kannapolis has 62 cases in Rowan County.

More than half the positive cases have occured in people 50 and under. The largest single demographic is 18-35 with 278 cases followed by 233 in ages 36-50

The state on Wednesday had completed 667,422 tests with 46,855 confirmed positives and 846 patients currently hospitalized. There have been 1,168 deaths in the state.