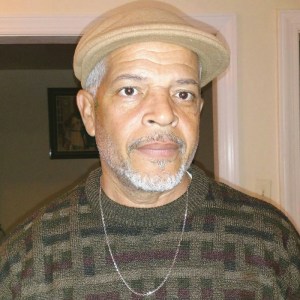 The “Fame” situation once again peeks from what Frederick Douglass called “behind the veil.” I commend Al Heggins, David Post and faith leaders for their efforts to address this difficult issue.

“A black man has no rights that a white man is bound to honor” said former Supreme Court Chief Justice Roger B. Taney. Today “feelings” would replace rights in the current racist mentality. “Fame” was erected to memorialize Confederate soldiers, glorify the wealth accumulated by enslaved labor. Terrorizing the former enslaved and reminding current citizens. Terror for being black.

The “Lost Cause” is enshrined in “Fame” by those who longed of a former life. Southern belles no longer enjoying reverential status. Courtly gentlemen are no longer able to rape the subhuman wenches. White superiority was the dominant culture decreed by God. There was oppression by shifting the cost of production onto the scarred backs of the formerly enslaved. Black codes criminalized walking close to the railroad, spitting on the sidewalk, failing to render respect to any white person and not having proof of employment. Perpetuating black inferiority, blacks were not capable of rational thought. In the coup d’état of 1898 white segregationist overthrew the duly elected government of North Carolina.

This nation was created by enslavement. “Right-handed power” was constructed to facilitate enslavement: bonds, lines of credit, insurance and mortgages were fully developed. Managerial tenets of record keeping, production goals, gang labor and bottom-up solutions were developed. “Left-handed power” was torture to make your left hand just as proficient as your right. These tools increased cotton production by 400% in 30 years.

I remember being summoned to school because my youngest son was “ruining another child’s childhood.” He revealed “there is no Santa Claus” and added “I bet you believe in the Easter bunny too.” Realize racial hierarchy as a social construct and has no biological basis. We are all the same species; “it is all pink inside,” according to an enslaver. Minor variations in physical appearance have nothing to do with individual intellectual abilities. What makes a person white is a legal definition — whatever the Supreme Court says it is according to Ozawa and Thind. Ozawa raised his family as an assimilationist adhering to white mores and was denied for not being caucasian. Thind on the other hand was, the genetic definition of Caucasian, denied for not meeting “the commonsense definition of white.” This is the privilege of whiteness.

The ideology of race is a tool for exploiting the “other class of white folks.” Psychological wages of this unspoken privilege are paid in various ways: loans at lower interest than equally qualified black people, health care and health outcomes being superior to people of color in the same demographic, Chad is hired instead of Jamal though each possess the same qualifications. Policies of last-hired, first-fired overlook the fact of purposeful past exclusion.

The advantage of a white woman’s tears: “I’m going to call the police and tell them an African-American man is threatening my life.” She knew the clarion call of such a statement. Yet, the economic data show extraordinarily little real value in these wages. White poverty is widely dispersed. There are approximately 50 million white poor and working poor. Forty-six percent of Americans cannot cover a $400 emergency. In Rowan County, 55% of people living below the poverty line are white.

Building a better Rowan from the superfluity of racism will take effort. The powerful planter class instituted race because of fear.

Starting with Bacons Rebellion, there arose the need to separate exploited laborers. The case of John Punch, the change of class status from father to mother, and the 1924 “Pocahontas exception” illustrate the concept. Poverty is not a moral failure. It is the systematic laws and policies implemented for keeping poor people fixated on each other instead of the enormous wealth gaps in this country.

Poor white people are not delayed millionaires as the result of natural disaster or medical misfortune. They are poor because of this planned class structure. We should look at each other as being the image imbued with the spirit of God. The time for “a ministry of reconciliation” is now. A culture of “black lives matter, too” is imperative. The burden of change is not on people of color; it is on the privileged to live up to the ideals of our country.

Byron York: ‘Defund the police’ turns into a dilemma

By Byron York What seemed like a crazy slogan on the far left —”Defund the Police” — is threatening to... read more