Board of Education moves school start date to Aug. 17 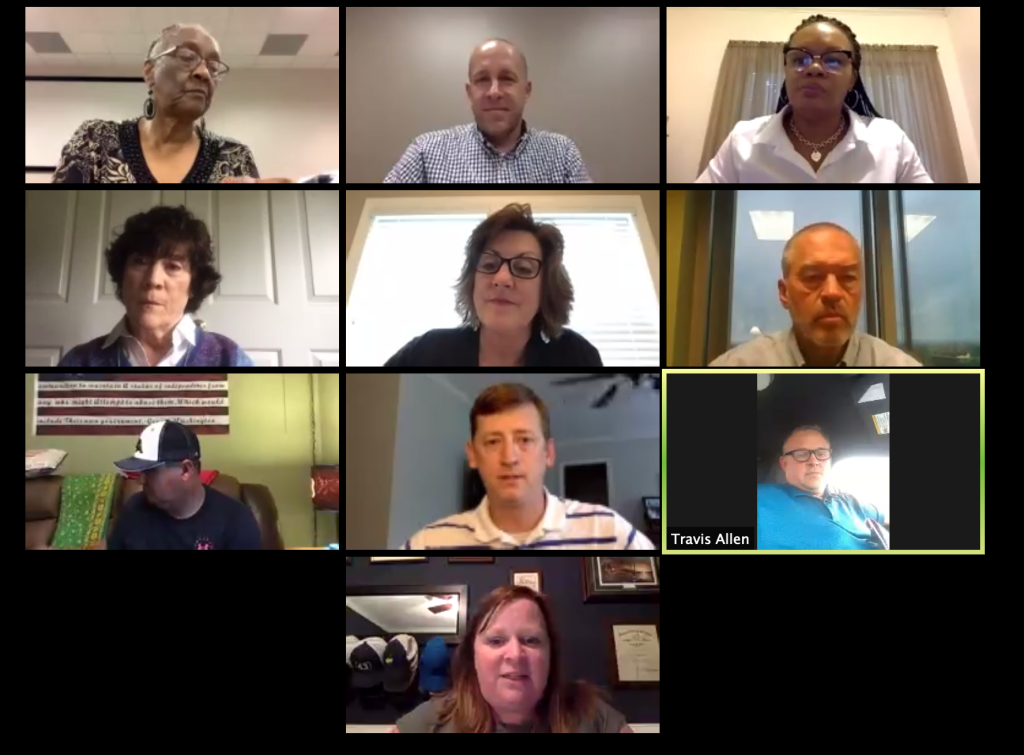 Carl Blankenship/Salisbury Post - Board of Education members and RSS administrators during the virtual meeting on Monday.

SALISBURY — A newly-approved Rowan-Salisbury Schools calendar has pushed back the first day of class two weeks — to Aug. 17 — in an attempt to comply with guidance from state officials and stay in line with other districts.

A calendar approved by the Rowan-Salisbury School Board Monday shortened fall break and has asymmetrical semesters. The fall semester is 16 weeks long while the spring semester is 18 weeks. Spring break is March 15-19. The last day of classes is May 28.

Rowan County Early College has a slightly different calendar that aligns more with Rowan-Cabarrus Community College’s schedule. The start and end dates for RCEC are the same, but winter break runs from Dec. 17 to Jan. 4 instead of Dec. 22 to Jan 4. Spring break for RCEC is a week earlier, from March 8-12.

Associate Superintendent Kelly Withers said the district wanted to finish the first semester before the beginning of winter break.

“We have really tried to weigh the pros and cons of being ahead of the state on the start date,” Withers said. “However, we also wanted that Aug. 17 date that the state had recommended. We also wanted to preserve, as much as we possibly could, what the community was expecting from our calendar.”

Withers thanked Director of Accountability Kelly Burgess for her work on the calendar. The new document was also reviewed by the district’s finance department and for compliance with state legislation.

The early start date is only an issue for RSS — the only public school system in the state exempt from calendar restrictions in general statutes that prevent districts from starting earlier in August. Charter schools share this freedom, and some districts are able to receive a waiver to start a week early if they are affected by extenuating circumstances like severe weather.

The new school year will begin with more restrictions than previous years as all districts in the state will be required to follow one of three plans the state has put forth: to reopen schools with social distancing, reopen schools at 50% capacity or to continue with all remote learning.

The state could move between the three plans as it sees fit, meaning schools could open at the beginning of the semester and the state could later require them to return to distance learning.

The latest document from the N.C. Department of Health and Human Services outlining those scenarios was handed down on June 8 at 4 p.m., the same time the board’s regularly scheduled meeting began.

That meeting featured a presentation of the results of a survey given to parents on their preferences for reopening. The scenarios being presented and the preferences of parents would take a back seat to orders from the state. The plan which would require schools to be at 50% capacity would require students to be at schools in shifts. This option was unpopular with parents and the district because of the logistics of transporting two groups of students during the day and the implications it would have for child care for younger students.